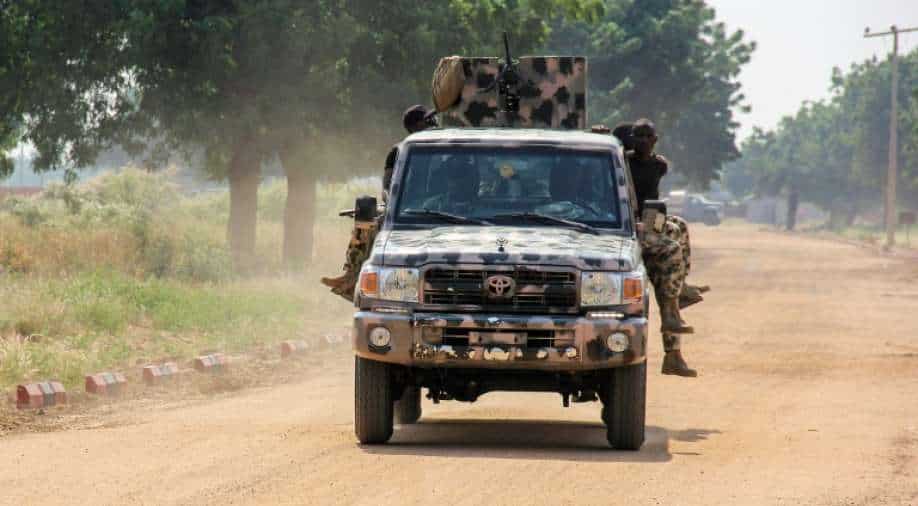 The convoy came under heavy attack from Islamic State West Africa Province (ISWAP) fighters near Gudumbali in the Lake Chad region on Thursday, the sources said.

The convoy came under heavy attack from Islamic State West Africa Province (ISWAP) fighters near Gudumbali in the Lake Chad region on Thursday, the sources said.

The attack was the latest in a jihadist conflict which has killed 36,000 people and displaced hundreds of thousands in northeast Nigeria since it began more than a decade ago.

"We lost 15 soldiers and four civilian JTF (militia) in the terrorists' ambush in the forest near Gudumbali," a military officer, who asked not to be identified, told AFP.

He said 13 government fighters, including 10 troops, were wounded in the ambush.

The 10-vehicle convoy was on its way to Gudumbali from the town of Kukawa for a military operation against the insurgents when it came under fire, said another military source, who gave the same toll.

"The casualties were brought to Maiduguri this afternoon," the source told AFP, referring to the regional capital.

Militia leader Umar Ari said a vigilante leader in the area was among those killed.

Nigeria's army works with local militia forces as part of its battle against jihadists.

"Four of our comrades were among the dead, including, Yusuf Baba-Idris, the head of Civilian JTF in Kukawa," Ari said.

On Saturday, ISWAP issued a statement, claiming responsibility for the ambush, according to the SITE jihadist monitoring agency.

The Islamist group said its ambush "led to killing 33 elements and wounding nearly 20 others and taking one of them prisoner, while the survivors fled."

President Muhammadu Buhari has come under increasing pressure to deal with Nigeria's security challenges, including the jihadist uprising, herder-farmer clashes as well as banditry and mass kidnappings in the northwest.

Nigerian security forces on Saturday were seeking to rescue dozens of students who were abducted in northwestern Kaduna state in the latest attack on a school.

Gunmen stormed the Federal College of Forestry Mechanisation in Mando at the outskirts of the state capital, Kaduna city, late Thursday and took more than 30 students away while the military rescued 180 after a battle.

Kidnap gangs are largely driven by ransom payments and have no known ideological leanings. Victims are often released shortly after negotiations.

ISWAP split from the jihadist group Boko Haram in 2016, and has since become a dominant threat in Nigeria, attacking troops and bases while killing and kidnapping passengers at bogus checkpoints.

On March 1, jihadist fighters burnt down a United Nations humanitarian compound in the town of Dikwa after dislodging troops, killing six civilians.

Nigeria's jihadist violence has spread to neighbouring Chad, Cameroon and Niger, prompting a regional military coalition to fight the insurgents.