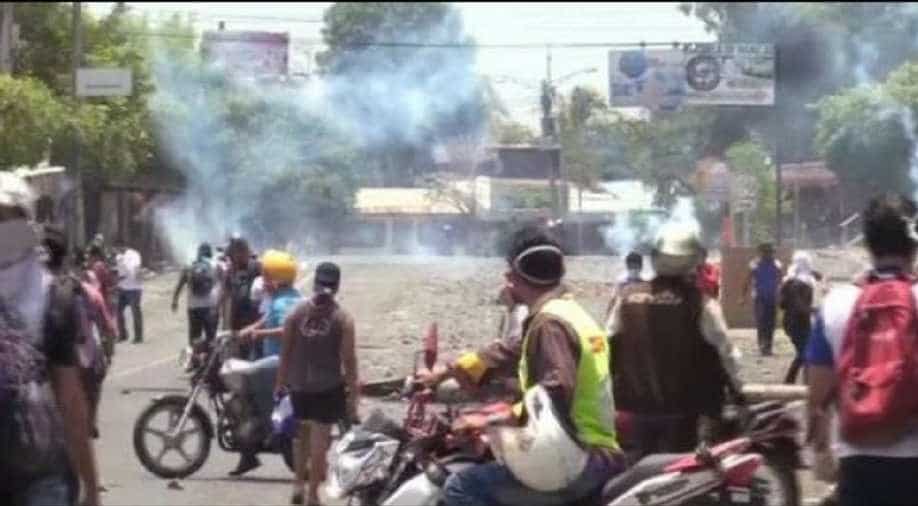 Local media said a reporter was shot and killed during a live broadcast from Bluefields, a town on the Caribbean coast hit by the unrest. Photograph:( Reuters )

Anti-government protests were organised in Nicaragua by pensioners in Central America in which at least 10 people have died in a clash between demonstrators and security forces.

A journalist and a police were among the people who died during the protest.

Demonstrators have alleged that national police is using live rounds to kill protestors. More than 100 people have been injured in the clash, Reuters reported.

According to media reports, 67 people have also been shot with bullets by pro-government groups.

In further reports, 43 people have been disappeared.

Nicaraguans are holding protests from Wednesday&nbspagainst the new social security reforms which were approved on Wednesday. Under the new&nbspsocial security&nbspreforms, the tax has been increased and five per cent of deduction from pensions has been made.

Army troops were also deployed on Saturday morning to mayor's office in Managua for protection of the offices.

Nicaragua's president Daniel Ortega has urged the demonstrators to maintain peace and assured that the government is willing to review the pension reforms.