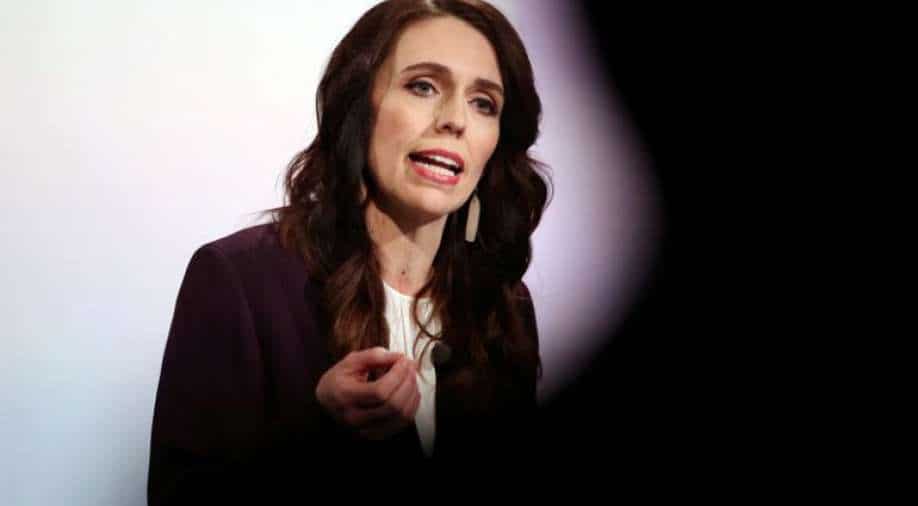 "Despite best efforts, unfortunately I’ve joined the rest of my family and have tested positive for COVID 19," Ardern posted on her official Instagram page. Photograph:( Reuters )

Daily Omicron variant cases have been rising, however, nearly touching 1,000 on Monday, as some domestic restrictions were eased this month

New Zealand's Prime Minister Jacinda Ardern said on Monday she felt demonstrations against a COVID-19 vaccine mandate now entering their second week were an "imported" phenomenon, and nothing like anything she had seen before in the country.

Hundreds of protesters continue to occupy lawns in front of the distinctive 'Beehive' parliament for a seventh day, ignoring repeated calls by the police to leave and undaunted by drenching rain over the weekend.

Claiming inspiration from truckers' anti-vaccine mandate demonstrations in Canada, the protesters have also blocked several streets around parliament with their trucks, vans and motorcycles.

"It feels like an imported protest to me," Ardern told state broadcaster TVNZ in an interview.

Ardern said in a news conference later in the day that the protesters have demanded the government remove all public health COVID-19 measures.

"That means at the very point where we are seeing an increase in cases and an increase in risk to the public health and well-being of New Zealand, they want to see removed the very measures that have kept us safe, well and alive. You'll forgive me if I take a very strong view on that suggestion," Ardern said.

The protests started as a stand against vaccine mandates but have been joined by groups calling for an end to COVID-19 restrictions, rejecting vaccinations, as well as calling attention to other social issues like censorship and rights of the ethnic Maori community. At the protests' peak, thousands of demonstrators were estimated to be involved.

A country of five million people, New Zealand has some of the lowest COVID-19 case numbers in the world, largely due to tough coronavirus border curbs and social restrictions.

Daily Omicron variant cases have been rising, however, nearly touching 1,000 on Monday, as some domestic restrictions were eased this month.

The country's borders, however, are still closed with tens of thousands of expatriate New Zealanders cut off from families.

The High Court on Monday started hearing a case against the government filed by a group representing expatriate New Zealanders which has accused the state of unlawfully denying citizens the right to enter the country.