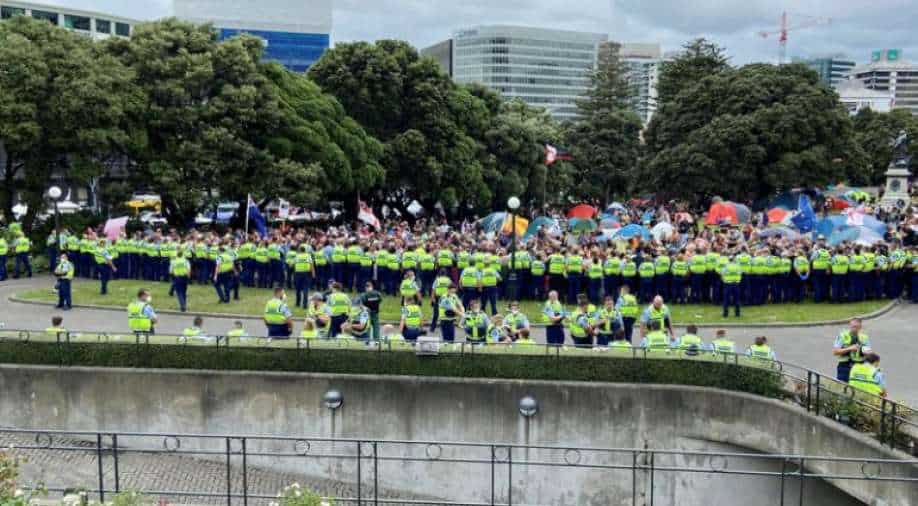 Days-long rallies against COVID-19 vaccination mandates picked up in numbers in New Zealand and Australia on Saturday, with protesters blocking roads and disrupting the life of the countries' capitals.

In New Zealand's Wellington, hundreds of demonstrators gathered for a fifth day despite drenching rain. Inspired by truckers' demonstrations in Canada, the protesters have occupied and blocked several streets surrounding the distinctive "Beehive" parliament with their trucks, vans and motorcycles .

"My message to them today is Australia is a free country and they have a right to protest, and I would ask them to do that in a peaceful way and a respectful way," Morrison told reporters in Sydney.

Australian Opposition Leader Anthony Albanese, speaking at a media conference in Sydney, said the rallies were not going to gain widespread support. "Go home," he told the demonstrators.

Police put up new barriers in Wellington's parliament grounds on Saturday and said they would maintain a strong presence over the weekend.

New Zealand media footage showed one person being stretchered from the rally, carried by paramedics and police. No arrest had been made as of midday Saturday, according to the police, who arrested more than 100 people on Thursday.

A country of five million people, New Zealand has reported just under 19,000 confirmed cases and 53 deaths since the pandemic began. About 94% of eligible people are vaccinated, with shots mandatory for some staff in frontline jobs.

The country's borders are still closed, however, with tens of thousands of expatriate New Zealanders facing being cut off from families. Many tourism businesses are struggling to stay afloat.

In neighbouring Australia, which is opening its borders to tourists later this month, 94% of those aged 16 and over are double-vaccinated, but the country is still battling a wave of the highly transmissible Omicron variant.

There were at least 64 coronavirus-deaths reported across Australia on Saturday.