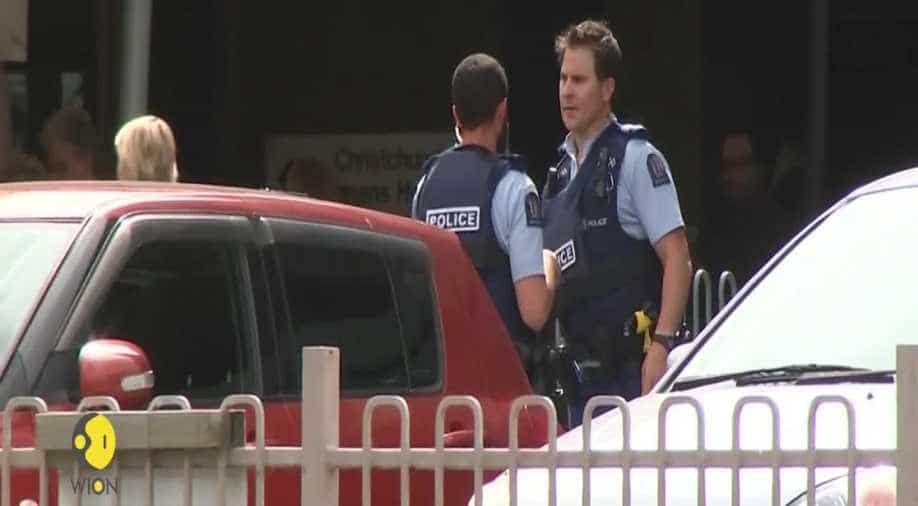 New Zealand police said they were hunting "an active shooter" in the centre of Christchurch city.

New Zealand police confirmed that shootings took place at "two locations" during the mosque attack at Christchurch on Friday.

The police added that there were "multiple fatalities" in the mosque shooting. The New Zealand police also informed that one person has been taken into custody and added that "there may be other offenders".

New Zealand Prime Minister Jacinda Ardern said may be "other offenders" were involved in the Christchurch shootings. PM Ardern added that the country was "enduring one of its darkest days".

Police have warned worshippers not to visit mosques "anywhere in New Zealand".

1/5 Police is responding to a very serious and tragic incident involving an active shooter in central Christchurch. One person is in custody, however Police believe there may be other offenders.... This is an evolving incident and we are working to confirm the facts...

As reports of the attack came in, Bangladesh Cricket Board spokesman Jalal Yunus said team were bussed to the mosque in Christchurch and were about to go inside when the incident happened.

2/5 however we can confirm there have been a number of fatalities. Police is currently at a number of scenes. We understand that there will be many anxious people but I can assure New Zealanders that Police is doing all it can to resolve this incident.

"They are safe. But they are mentally shocked. We have asked the team to stay confined in the hotel," the coach said.

Meanwhile, New Zealand police said they were hunting for "an active shooter" in the centre of Christchurch city.

Media reported that a gunman opened fire inside a mosque in Christchurch's Hagley Park district. There were reports of armed police at a second mosque in the suburb of Linwood.

All Christchurch schools and council buildings have been lockdown.