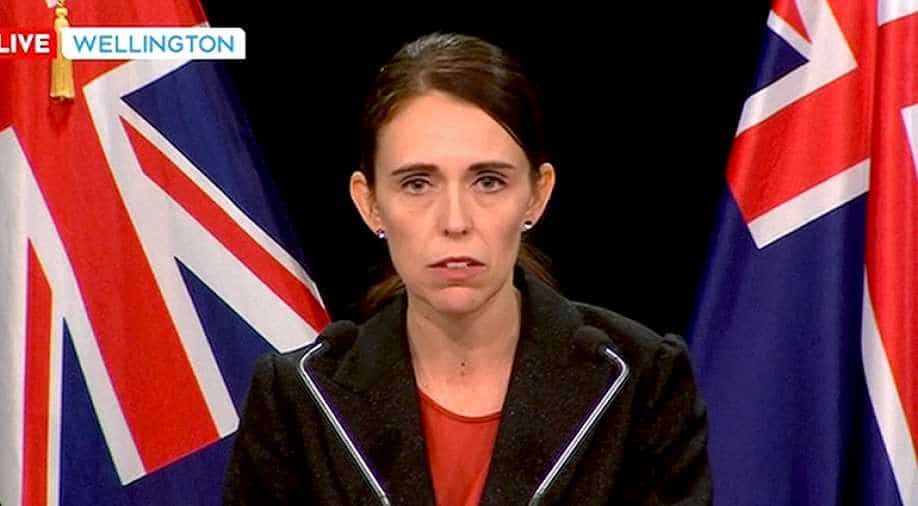 'You may have chosen us, but we utterly reject and condemn you' - Jacinda Ardern Photograph:( Reuters )

Australian PM Scott Morrison revealed that the gunman was an "extremist, right-wing, violent terrorist" who was an Australian-born citizen.

Just hours after an attack took place on two mosques in Christchurch, New Zealand Jacinda Ardern said at least forty people were killed and twenty others were seriously injured in the shooting.

"It is clear that this can now only be described as a terrorist attack," she said. "From what we know, it does appear to have been well planned."

"Two explosive devices attached to suspect vehicles have now been found and they have been disarmed," she added.

"New Zealand was attacked because we represent diversity," the PM said.

"Christchurch attackers were not on terror watchlists," the New Zealand PM informed.

1/4 Due to the ongoing serious firearms incident in Central Christchurch Police would like to remind all parents and caregivers that schools across the city remain in lock down.There is no timeframe at this stage for when the lock down will be lifted. The children are being...

2/4 taken care of by schools. On advice from Police, schools will communicate directly with parents when the lock down is lifted.The safety of the community is our priority.

Shortly before PM Ardern's press conference, Australian PM Scott Morrison revealed that the gunman who opened fire on worshippers in the mosque was an "extremist, right-wing, violent terrorist" who was an Australian-born citizen.

"We stand here and condemn, absolutely the attack that occurred today by an extremist, right-wing, violent terrorist," Morrison told a press conference. He said Australian security authorities were investigating any links between the country and the attack

"It is such a sad and devastating reminder of the evil that can be ever present about us," Morrison added.