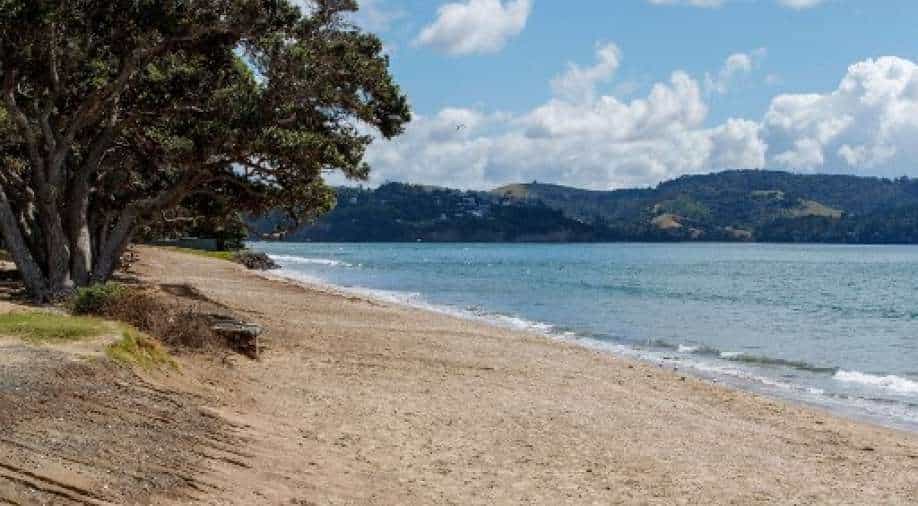 A deserted beach is pictured following a tsunami warning in Orewa, north of Auckland Photograph:( AFP )

The last earthquake measured 8.1 on the Richter scale and struck near New Zealand's north island prompting tsunami warnings across the region

New Zealand on Friday lifted its tsunami warning after the island nation was hit with three offshore earthquakes in less than eight hours.

The last earthquake measured 8.1 on the Richter scale and struck near New Zealand's north island prompting tsunami warnings across the region, before that, two earthquakes of 7.4 and 7.2 magnitudes had occurred in the same area.

However, New Zealand's emergency services have now downgraded the threat and said that all those who had evacuated their homes could now return.

Thousands of New Zealanders on the east coast of the country's north island had evacuated to higher ground. In the bay islands, people were seen climbing to the top of a hill as tsunami alerts were sounded in the region.

An emergency alert was also issued for all coastal areas around Auckland, a city of 1.7 million, where people were told to stay away from the water's edge. There have been no reports of damage or casualties from the quakes so far.

Peru also issued a tsunami warning for its coast with the largest cluster of quakes striking around 1,000 kilometres off the New Zealand coast.

Residents in New Caledonia and Vanuatu fled for higher ground as a cluster of powerful earthquakes sparked a Pacific-wide tsunami alert.