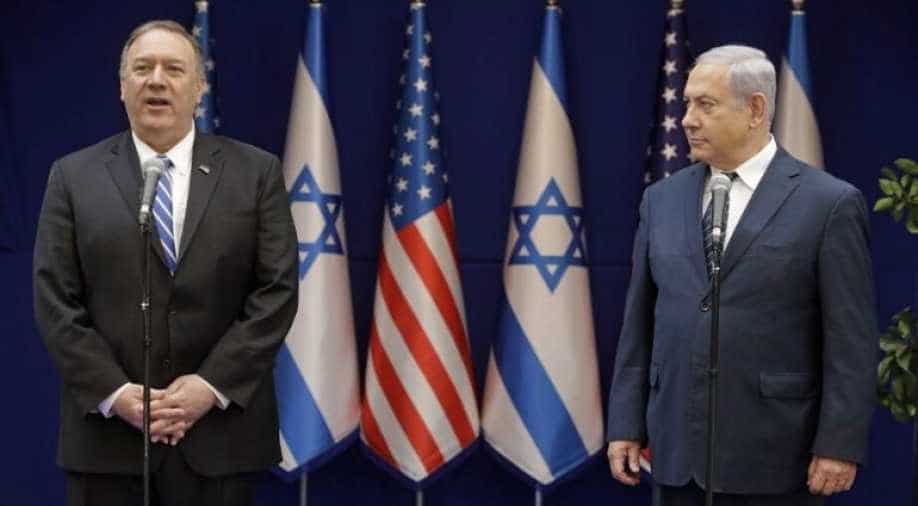 Israel's embattled Prime Minister Benjamin Netanyahu will meet this week with US Secretary of State Mike Pompeo in Portugal as the Jewish state looks to normalise ties in the Arab world, officials said Tuesday.

Pompeo will head to Lisbon on Wednesday and hold talks with Netanyahu, a day before flying to Morocco which has a growing, if quiet, relationship with Israel.

A political source in Jerusalem earlier told AFP that Netanyahu would fly to Lisbon to see Pompeo, while Portuguese Prime Minister Antonio Costa's office also said that he would meet separately with the two men on Thursday.

Netanyahu, who is fighting for his political life after an indictment on graft charges, is a close ally of President Donald Trump, who has taken a number of landmark steps to side with Israel.

The State Department earlier said that Pompeo would meet in Rabat with King Mohammed VI, who has cooperated closely with the United States.

"Morocco plays a great role across the region as an important partner in promoting tolerance (and) has these quiet ties and relationship with Israel as well," a State Department official said last week.

Egypt and Jordan are the only Arab nations to have signed peace treaties with Israel but Morocco, along with some Gulf states such as Bahrain, has been relaxing the Arab world's decades-old boycott of the Jewish state.

Morocco has unofficially welcomed Israeli investors and tourists. Some 3,000 Jews live in Morocco, a fraction of the number from before the 1948 creation of Israel but still the largest community in the Arab world.

Netanyahu and Pompeo are also likely to discuss their shared hard line on Iran, which has tried the patience even of European supporters of a 2015 nuclear accord through steps taken to protest US economic sanctions.

Netanyahu is Israel's longest-serving prime minister but he has been in acting capacity for much of 2019 after two inconclusive elections.

In a new pro-Israel shift, Pompeo said last month that the United States no longer considered Jewish settlements in the West Bank to be illegal, a position taken by nearly all major nations as well as the United Nations.

The US position offers a boost to Netanyahu as he threatens to annex much of the West Bank, a step that would severely impede the long-held Palestinian hope for a separate state.

Among previous steps, Trump earlier recognised bitterly contested Jerusalem as Israel's capital and cut off US funding for the UN body that supports Palestinian refugees.