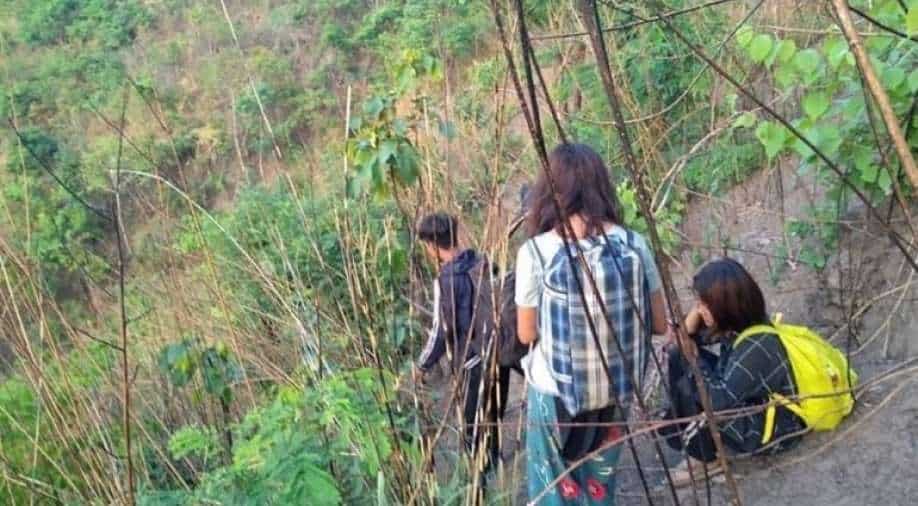 In the past week, Chin State bordering India has seen some of the most serious fightings since Myanmar's military seized power in a coup

Children and the elderly make up a large proportion of people taking refuge in camps in northwest Myanmar to escape fighting between the army and insurgents, residents said on Thursday, as France called for urgent delivery of humanitarian aid.

In the past week, Chin State bordering India has seen some of the most serious fightings since Myanmar's military seized power in a coup on Feb. 1 and removed the elected government led by Nobel laureate Aung San Suu Kyi.

India said this week more than 15,000 people had crossed the border to seek refuge there but residents in Chin State said many of the most vulnerable were sheltering in camps around the town of Mindat after it was overrun by the army.

"Children and the elderly make up a big proportion of the groups. Some didn't have sandals. They trekked through the forest barefoot for days," said a 34-year-old resident helping look after the displaced who asked not to be identified.

He said that villages around Mindat were looking after about 2,000 displaced people in camps and churches, while access to the town that was once home to more than 40,000 people had been blocked.

"We will face food shortage after a week," said the resident, adding that petrol supplies were about to run out.

Pleading for international aid, another resident said the camp he was at had 13 bags of rice and would see shortages soon with the 140 people there now expected to swell to 300.

Those fleeing say thousands of people left Mindat after the army attacked to root out fighters of the Chinland Defence Force, who are aligned with a National Unity Government formed by the junta's opponents.

The French Embassy in Myanmar in a statement on its Facebook page blamed a "disproportionate use of force and war weapons against civilians by the military" for causing a loss of human life and the displacement of thousands in Chin State.

"The restoration of access to water and electricity as well as the delivery of humanitarian aid for population in need are an immediate necessity," the embassy said.

Fighting in the area was still going on and a citizens' administrative group said in a post on social media Chin militia had killed three soldiers on a rod out of Mindat on Wednesday.

A spokesman for the junta did not answer calls seeking comment.

Since overthrowing and detaining Suu Kyi, the junta has struggled to impose its authority in the face of daily protests, paralysing strikes and an upsurge of fighting against old and new groups of ethnic minority fighters.

At least 10 people had been killed in Chin State in the past week, according to figures from the Assistance Association for Political Prisoners activist group. It puts the countrywide death toll since the coup at 807, a figure disputed by the army.

The United Nations said nearly 10,000 people had been displaced in Kachin State in the north by renewed fighting since mid-March. Thousands have also been displaced by clashes in the east and northeast.