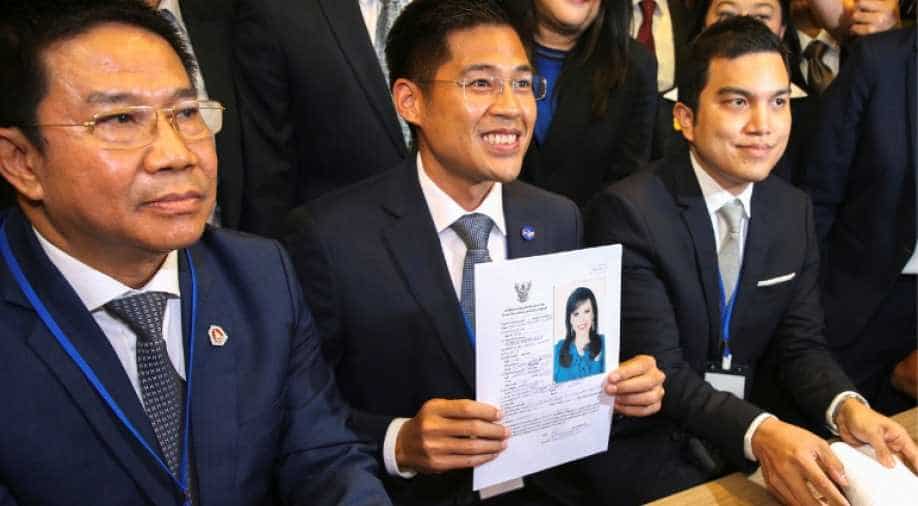 Early Friday, Thai Raksa Chart, a party affiliated with billionaire ex-premier Thaksin Shinawatra, submitted Ubolratana's name as their only candidate for prime minister should they win the March 24 elections.

Thailand's King Maha Vajiralongkorn late Friday said a move by a political party to make his sister Princess Ubolratana prime minister if they triumphed in upcoming elections was "inappropriate and unconstitutional".

"To bring a senior royal family member into the political system is against royal traditions and the nation's culture... it is inappropriate," an unexpected statement in the Royal Gazette said.

Early Friday, Thai Raksa Chart, a party affiliated with billionaire ex-premier Thaksin Shinawatra, submitted Ubolratana's name as their only candidate for prime minister should they win the March 24 elections.

Princess Ubolratana, 67, the older sister of Thai King Maha Vajiralongkorn, was announced as a candidate for the Thai Raksa Chart party steered by the divisive Shinawatra political clan.

The Thai monarchy, a revered institution shielded from criticism by a tough defamation law, has traditionally been seen as above the political fray, although royals have intervened in moments of political crisis.

Ubolratana's nomination has electrified the buildup to a March 24 election which had seemed poised to return the junta and its proxies to power in some form.

Her involvement gives a royal sheen to Thaksin Shinawatra's political machine, which has won every election since 2001.

And it also potentially builds a bridge between Thaksin's "Red" shirted supporters and the "Yellow" shirts who are arch royalists. Deadly violence and disruption linked to the two groups has defined Thailand's turbulent last decade.

"Thank you for all the love and encouragement," the princess, who gave up her royal titles to marry a foreigner, said in a typically colourful Instagram post on Friday afternoon.

"I want to clarify that I have relinquished the rank of nobility and am living as a commoner ... I allowed Thai Raksa Chart Party to use my name for the nomination to the prime minister's post."