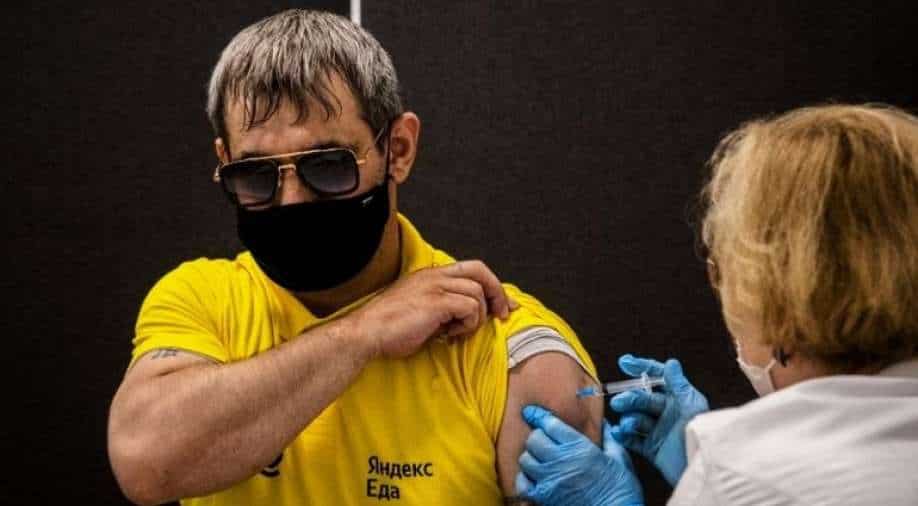 A man receives a dose of Russia's Sputnik V (Gam-COVID-Vac) vaccine a at a vaccination centre for the Yandex Go drivers and couriers in Moscow Photograph:( AFP )

Some residents in Moscow are gearing up to get their third COVID-19 vaccination shot, as Russia becomes one of the first countries in the world to begin re-vaccination.

Russian officials are scrambling to contain a surge in cases blamed on the highly infectious Delta variant.

"I think it's better to get vaccinated than to tighten the restrictions. Otherwise, our economy will collapse, and then there will be nothing to save. It makes no sense."

"Many people don't get the flu vaccine either. Everyone should have their own opinion, everyone is responsible for their own health and does whatever is right for them. I believe that this (vaccination) shouldn't be done under pressure."

Russia has innoculated just 16 per cent of its population since launching its vaccination program in January.

That’s in part because of widespread distrust of the shot, even as the country developed its own vaccines.

Scientists behind the Sputnik V shot had previously said that protection lasts much longer than six months, maintained by memory cells.

However, scientists have also recommended booster doses to keep the number of protective antibodies in the body at a high level considering the rapid spread of the Delta variant.