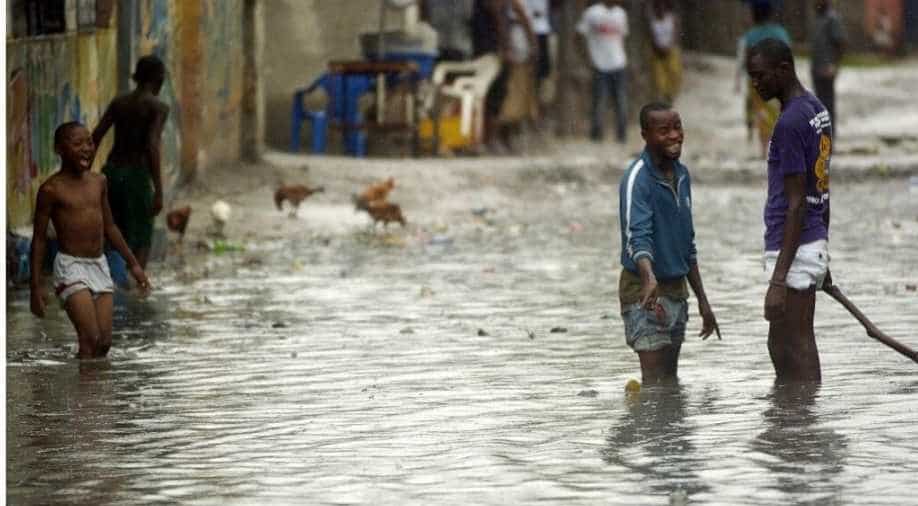 The government has issued an urgent international appeal after the flooding along the Congo and Ubangi rivers in the country's north, inundating communities and washing away homes and cattle.

More than 200,000 people have been affected by floods that have ravaged Republic of Congo since last year, authorities said Saturday.

The government has issued an urgent international appeal after the flooding along the Congo and Ubangi rivers in the country's north, inundating communities and washing away homes and cattle.

President Denis Sassou Nguesso has blamed the weather disaster on "climate disruption" and declared "a state of natural disaster and humanitarian emergency".

On Saturday the government appealed for further help as the number of people affected by the heavy flooding jumped to 213,000 from an earlier estimate of 170,000.

"The challenges are enormous and we are working to provide an effective response. We hope our partners will help us," Christian Aboke-Ndza, cabinet director at the ministry of humanitarian affairs told AFP.

Dozens of people were killed after the floods hit in late 2019, while diseases linked to the flooding have also emerged in some badly-hit areas of the country, also known as Congo-Brazzaville.

Some $7 million has been secured, said Cyr Modeste Kouame from the UN High Commissioner for Refugees.

Several hundred tonnes of food aid have been distributed by the World Food Programme (WFP) in the area along with cash transfers worth around 300,000 euros ($330,000).

But some warned it was not enough.

"The scale and severity of the crisis and its duration over time have been underestimated."