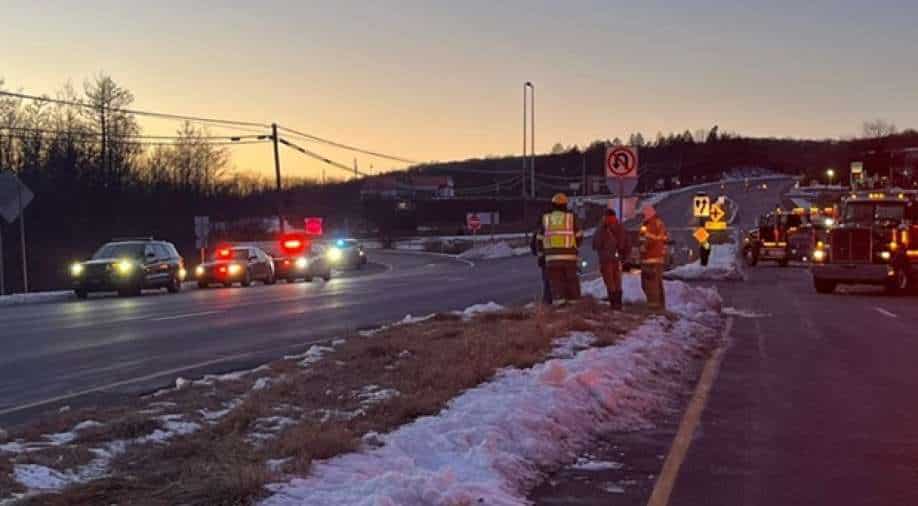 A police helicopter with thermal cameras was used to track down the cynomolgus monkeys, while officers on the ground used powerful flashlights

At least four monkeys escaped after a truck carrying 100 primates to a laboratory crashed at Pennsylvania highway.

According to police, the trailer crashed with a dump truck on Friday afternoon while en route to a laboratory in Florida.

Police said on Twitter that four monkeys had "fled the crash scene into the surrounding area." Three were later captured, but one was still on the loose on Saturday morning.

The local WNEP news outlet said a police helicopter with thermal cameras was used to track down the cynomolgus monkeys, while officers on the ground used powerful flashlights.

MONKEYS ON THE LOOSE: Right now Pennsylvania State Police and Game Wardens are searching the woods for 4 lab monkeys that escaped from a truck after a crash off of I-80 near the Danville exit. Search has focused on one tree for the last 15 minutes. @WNEP pic.twitter.com/986nwBn4xA

Pennsylvania State Police released an image of one primate perched in a tree off Route 54 during the freezing cold night. 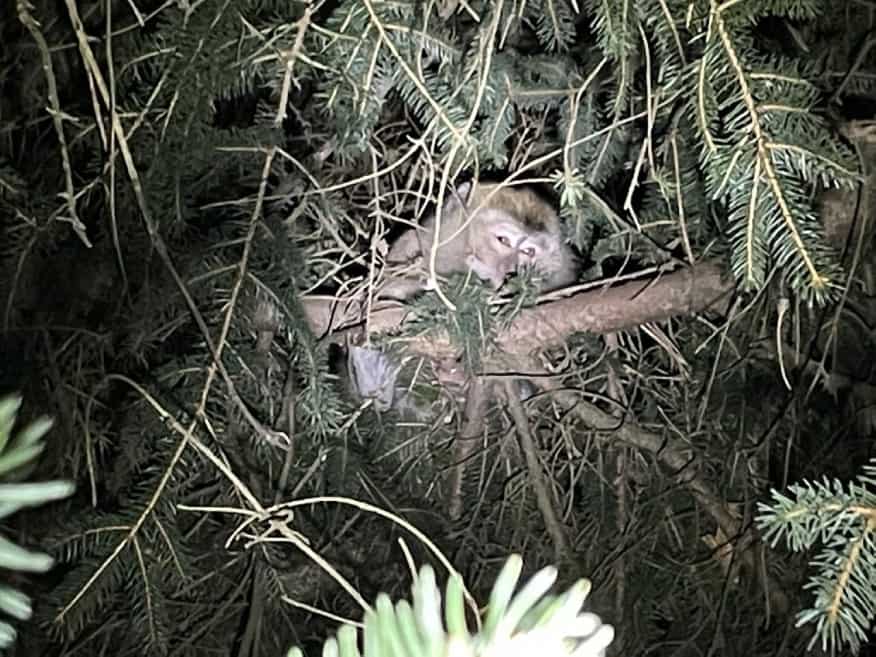 It was unclear if any people or animals were injured in the crash.

"Crash Update: There is still one monkey unaccounted for, but we are asking that no one attempt to look for or capture the animal," police troopers said on Twitter on Saturday morning.

Cynomolgus monkeys —also known as long-tailed macaques —can cost up to $10,000 each and have been in demand for coronavirus vaccine research, according to the New York Times. They can live for 30 years in captivity