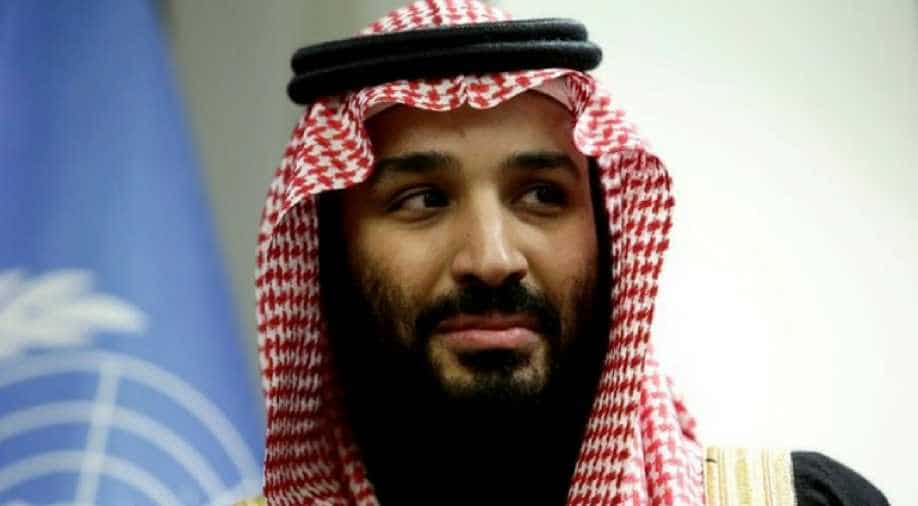 If Mohammed bin Salman becomes king in his 30s, he would be the youngest monarch of the modern state.

The young prince and heir to Saudi Arabia's throne, Mohammed bin Salman, made the news this year in connection with the brutal killing of journalist Jamal Khashoggi. 59-year-old Khashoggi, a Saudi national, was seen entering the Saudi consulate in Istanbul on October 2 but never returned. Turkey and others implicate the Saudi crown prince.

Khashoggi was a critic of the Saudi royal family an his murder has generated calls for Mohammed bin Salman to be replaced as crown prince.

Born on August 31, 1985, Prince Mohammed graduated in law from Riyadh’s King Saud University. The dark-bearded prince with a receding hairline is the father of two boys and two girls.

MBS, as he is popularly known, was appointed crown prince by his father King Salman in June last year, replacing his cousin who is 26 years his senior. This made the prince, who already oversaw defence and energy policy, the most powerful figure in the country by some stretch after the octogenarian monarch.

The decision represented a social and cultural sea change, with the ruling baton set to be passed to a much younger generation in a country where patriarchal traditions have long made power the province of the old.

In September 2017, a royal decree said women would be allowed to drive. The kingdom has also lifted a public ban on cinemas and has encouraged mixed-gender celebrations - something unseen before.

If Mohammed bin Salman becomes king in his 30s, he would be the youngest monarch of the modern state.

The royal decree was a vote of confidence in a man widely lauded by younger Saudis but regarded warily by many older conservatives. He has embraced the media in a distinct departure from the normally secretive Saudi ruling class, with his bearded features rarely off TV screens or street billboards.

His elevation signaled an affirmation of his policies as the blueprint for the future of the Saudi economy, as well as of his more hawkish and interventionist foreign policy.

The authorities also appear to have clipped the wings of the once-feared religious police - long accused of harassing the public with rigid Islamic mores - who have all but disappeared from big cities.

On the economic front, he announced sweeping changes labeled Vision 2030 aimed at ending the kingdom’s reliance on oil. As well as diversifying the economy, the plans include pushing for women to have a bigger economic role and the partial privatisation of state oil firm Saudi Aramco - reforms that would have been unthinkable just a few years ago.

The prince’s foreign policy is meanwhile reshaping the kingdom’s role on the regional and global stage.

He is regarded by diplomats and analysts as a prime mover behind the decision to go to war in Yemen and to lead Gulf Arab states in severing links with neighbouring Qatar.

Both decisions were indicative of a far more confrontational Saudi foreign policy, a break from the consensual style of Gulf Arab policymaking favoured by previous generations of dynastic rulers, as the Sunni Muslim kingdom moved to act aggressively to counter the influence of Shi’ite power Iran.

Yemen represents a proxy war between the two regional powerhouses, with Riyadh supporting the ousted government against Iranian-backed Houthi forces. Qatar has been accused by Saudi Arabia and its Gulf allies of supporting terrorism and cozying up to Iran, all of which Qatar denies.

The marked policy shift follows what some hawkish Saudi officials regard as a decade of growing Iranian influence across the Middle East, amid concerns that Washington, under former President Barack Obama, turned a blind eye to what Riyadh sees as a pernicious expansion of Iranian activity in Arab nations.

Prince Mohammed has had a rapid ascent to power: little more than three years ago he was almost unknown in the kingdom, but he quickly came to be regarded as the power behind its throne.

He was propelled into the domestic and international limelight when his father Salman bin Abdulaziz Al Saud became Saudi Arabia’s seventh king in 2015 and he was named deputy crown prince - behind his cousin whom he has now replaced - and defence minister.

He heads the Council for Economic and Development Affairs which oversees all elements of policy that touch on the economy or social issues like education, health and housing. He also chairs the supreme board of Aramco, making him the first member of the ruling family to directly oversee the state oil company, long regarded as the preserve of commoner technocrats.

And with his elevation as crown prince, he has the kind of wide-ranging power and influence previously unseen in a figure outside the king.

For many Saudis, the kingdom’s new economic and foreign policy directions have become inextricably associated with the prince who has built a strong public profile with media interviews, mainly about his economic ambitions.

Outside Saudi Arabia, that rapid advance and the sudden changes to long-standing policies on regional affairs, energy and its economy have prompted unease, adding an unpredictable edge to a kingdom that allies long regarded as a known quantity.

Inside the country, opinions are divided.

Among many older Saudis, there has been considerable scepticism. They have seen previous economic reform plans come and go with only limited results, and are wary of rapid changes in one of the world’s most conservative societies.

Some fear that Prince Mohammed’s changes will simply serve to cause social ruptures or that however clever his policy changes, deep seated problems in Saudi bureaucracy will prevent any meaningful implementation.

But his Vision 2030 has prompted admiration among many younger Saudis who regard his ascent as evidence that for the first time their generation is taking a central place in running a country.

Prince Mohammed’s establishment of a think-tank, the Misk Foundation, which focused on education, youth, arts and social media issues, appeared to showcase that preoccupation with compatriots of his generation.

“MBS is very popular among Saudi youth and has a window of opportunity to try and reshape the Kingdom through Vision 2030,” said Kristian Ulrichsen, a Gulf expert at the US Baker Institute.

“If he succeeds, he could be on the throne for decades.”