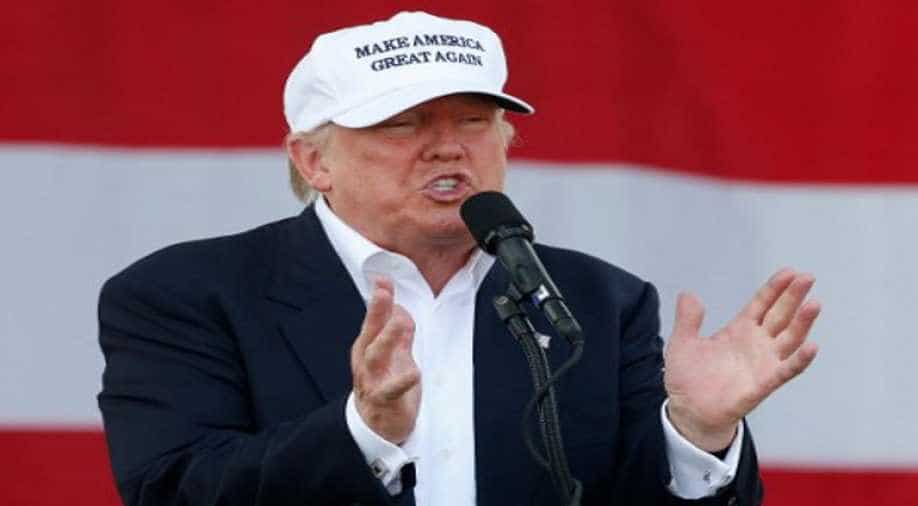 An investigation into the fire as a possible hate crime was underway by local, state and federal officials. Photograph:( AFP )

Arson was blamed on Wednesday for a blaze that destroyed an African-American church in Mississippi where a slogan for Donald Trump had been spray-painted on the exterior.

A person of interest was being interrogated, officials said, after the historically black Hopewell Missionary Baptist Church in Greenville, a city of 35,000 people, burned Tuesday night.

"The church was vandalised with the words 'Vote Trump' on the side," said mayor Errick Simmons at a press conference, describing the blaze as "a hateful and cowardly act."

An investigation into the fire as a possible hate crime was underway by local, state and federal officials.

"This matter is a direct assault on people's right to freely worship," said Simmons.

Police chief Delando Wilson said investigators are "currently interviewing one person of interest," to see if he had any involvement.

Wilson declined to give any further details in order to preserve the integrity of the investigation.

"We are still in the preliminary stages to try and determine the motive of this crime," Wilson added.

"We want to investigate every angle to determine why this act was committed."

Kristen Clarke, president and executive director of the Lawyers' Committee for Civil Rights Under Law, described the church as "a cornerstone of this majority-Black community located in the heart of the Mississippi Delta."

She also expressed concern that the church was vandalized so close to the November 8 presidential election.

A crowdfunding drive on the Gofundme platform aiming to raise $10,000 to restore the church had attracted more than $115,000 by Wednesday evening.