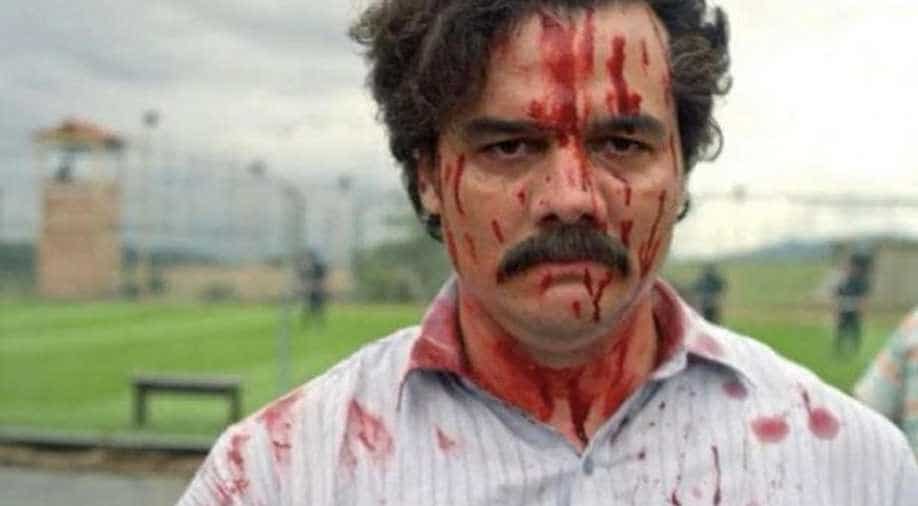 In a country beset by organised crime, they added, children should not 'grow up with the idea that a hero is one who breaks the law.' Photograph:( Others )

Mexican lawmakers want the country's terrestrial television networks to stop broadcasting "narco series" during primetime hours over concerns they could influence children in a country beset by organized crime.

Senator Zoe Robledo and Lia Limon, chairs of the television committees in the two chambers of Congress, said networks have recently announced shows that violate federal telecommunications laws regarding the hours they can be broadcast.

Robledo said the narco series should be televised between midnight and 5:00 am (local time) instead of 9:00 pm, when children could be watching the country's national channels.

Mexico's decade-old drug war has given rise to 'narco cultura', a fascination with the underworld that has inspired singers to write 'narcocorridos' (drug ballads)

TV Azteca, for instance, currently has a show titled "Rosario Tijeras" , about a female assassin, that airs at 9:00 pm.

"We don't want to ban narco series. We want them to be on television at the appropriate hours," Robledo told Radio Formula.

Robledo said children should not be exposed to shows that "glorify crime" and could make them "grow up with the idea that a hero is one who breaks the law."

The lawmakers plan to summon officials from the interior ministry and the Federal Telecommunications Institute to discuss whether the networks should be sanctioned.

Robledo said cable channels and streaming services are different because parents have the ability to block shows not suitable for children.

Mexico's decade-old drug war has given rise to "narco cultura," a fascination with the underworld that has inspired singers to write "narcocorridos" (drug ballads).

Some local governments have sought to prevent bands from performing narcocorridos by imposing fines.

Other drug war-inspired television shows have made a splash in recent years, including "El Senor de los Cielos" ("The Lord of the Skies") and "La Reina del Sur" ("The Queen of the South").

DVDs of "La Reina del Sur," starring Kate del Castillo as a drug lord, were found in the house where real-life drug kingpin Joaquin "El Chapo" Guzman was captured in January in the northwestern state of Sinaloa.

Castillo has been under investigation since it was revealed that she arranged a meeting between US actor Sean Penn and Guzman last year when the Sinaloa drug cartel leader was on the lam.