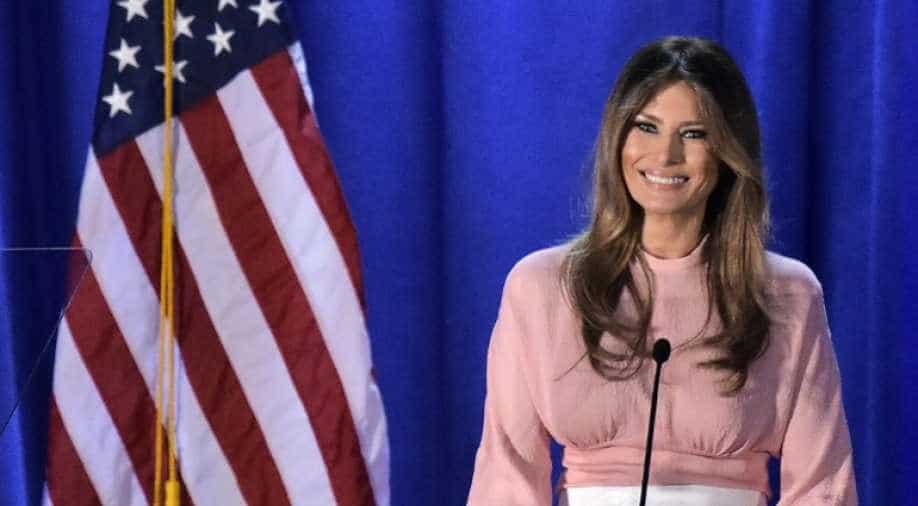 ?Melania in her speech touched on family, her marriage, the campaign experience and the goals she has as first lady. Photograph:( AFP )

Slovenian-born Melania Trump appealed to her husband's soft side on Thursday in Pennsylvania state.

This was the former model's first solo appearance. Melania is the real estate mogul's third wife and mother to Donald's youngest child.

"He will make a fantastic president," Melania told voters in Berwyn, an area outside Philadelphia, AFP reported.
Pennsylvania is a crucial state for her Republican husband, where Hillary Clinton holds an average 3.4 percent lead according to RealClearPolitics.

Her husband was running to improve the lives of suffering workers and struggling parents, she said.

"Every time my husband learned of a factory closing in Ohio or North Carolina or here in Pennsylvania I saw him get very upset," she said, reeling off three vital swing states in the November 8 ballot, AFP reported.

She said that the media had gotten "too mean and too rough" and that she would focus on internet bullying and help women in poverty as First Lady. Melania in her speech touched on family, her marriage, the campaign experience and the goals she has as first lady.

"It is never OK when a 12-year-old girl or boy is mocked, bullied or attacked. It is terrible when it happens on the playground, and it is absolutely unacceptable when it is done by someone with no name hiding on the internet. We have to find a better way to talk to each other," she said, Press Trust of India reported.

The 46-year-old had dismissed Donald Trump's 2005 video in which he bragged about groping women as "boy talk," in October.

In July, Melania was caught up in a plagiarism scandal as her prime-time speech to a Republican National Convention was similar to Michelle Obama's speech at the 2008 Democratic convention. A Trump staffer apologised later for using Michelle Obama's remarks.

"We'll see about that," campaign manager Kellyanne Conway told CNN on Wednesday when asked if she would do more.

If Trump wine, Melania would be America's first foreign-born first lady since Louisa Adams, wife of John Quincy Adams, who was president from 1825-1829.