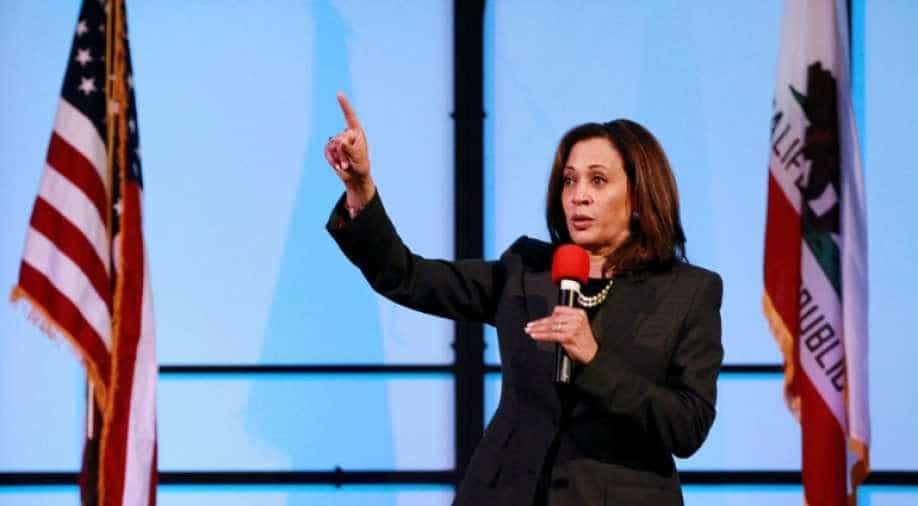 Kamala describes herself as a progressive prosecutor but not many agree.

Joe Biden's vice-presidential pick Kamala Harris was born in Oakland, California. Her mother Shayamala was a breast cancer scientist from India and her father was of Jamaican origin.

Kamala is the elder of the two siblings. Her sister is named Maya. She was raised by her mother after their parents separated. In her autobiography, "The Truths We Hold" Kamala writes that her mother adopted Oakland's black culture.

"She knew that her adopted homeland would see Maya and me as black girls and she was determined to make sure we would grow into confident, proud black women'. Kamala's identity as a black woman sticks with her through her career.

When Kamala was in school, her mother took up a teaching job in Canada. Kamala and her sister moved to Montreal along with their mother. Upon returning to the US, Kamala Harris enrolled herself in one of the country's prominent black campuses - the Howard University and studied law.

Kamala describes the four years at Howard as one of the most formative experiences of her life.

"For me, Howard is home, the family that you chose," she said. In 2003, Kamala Harris became the District Attorney for San Francisco and very soon she became the first woman and the first black person to serve as California's Attorney General.

Kamala describes herself as a progressive prosecutor but not many agree. Kamla entered the Senate in 2017. The highlight of her term as a junior Senator was the interrogation of Judge Brett Kavanaugh in the Mueller probe.

Kamala announced her presidential race in 2019 to change the system from within. Kamala took on Biden during the primary debates but she soon had to end her candidacy over shortage of funds.

In December 2019, Harris said she would do everything in her power to elect Joe Biden as the next US president. Today, she is his running mate.

Kamala carries with her a bag full of ironies. She is expected to bring in the Indian votes but prides in being a black American. Today, Kamala is extremely vocal about reforms in the police system but during her term as a prosecutor she rarely prosecuted police officers who killed civilians.

Kamala refused to allow DNA testing that may have exonerated a black man on death row, when it comes to her views on civil rights and democracy, Kamala says they were shaped during her walks along the beaches of Chennai.