Mattis condemns Venezuela's Maduro as a 'despot' who has to go 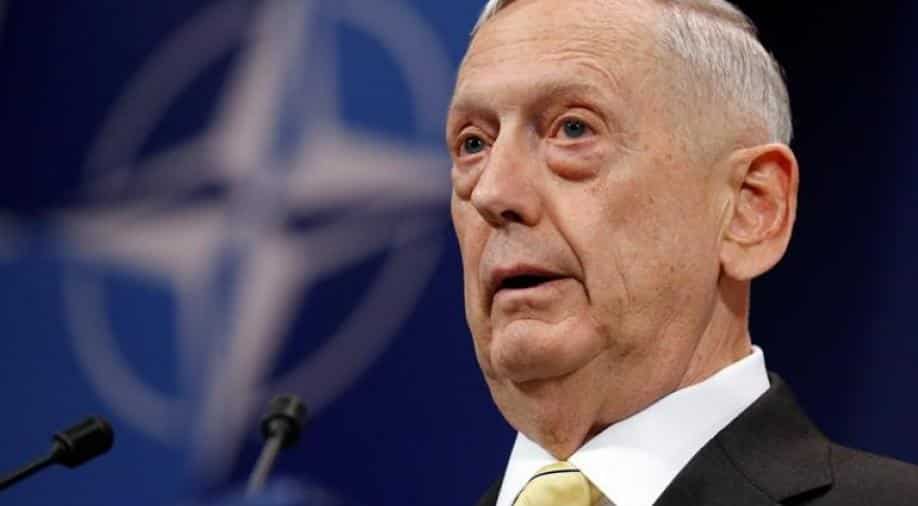 More than 3 million Venezuelans have fled the ailing oil-rich nation in recent years, driven out by brutal food and medicine shortages, hyperinflation, and violent crime.

US Defense Secretary Jim Mattis on Saturday condemned Venezuela's socialist President Nicolas Maduro as a despot leading his oil-rich nation to ruin, adding "ultimately this regime is going to have to go" for the situation to improve.

However, Mattis did not suggest any US role in such a process and told a security forum in California: "It's up to the Venezuelan people, it's up to the regional states in that area to help expedite that and bring that country back to a more prosperous and positive future."

More than 3 million Venezuelans have fled the ailing oil-rich nation in recent years, driven out by brutal food and medicine shortages, hyperinflation, and violent crime.

"This is what happens when you have an irresponsible despot leading a country to ruin. And I think what we should do is work by, with and through our Latin American allies as we stabilize this situation," Mattis told the Reagan National Defense Forum.

He noted that the Comfort, a US Navy hospital ship, was treating Venezuelan refugees on a Latin American tour that included stops in neighbouring Colombia.

"We’re doing our best diplomatically and through humanitarian aid. But ultimately this regime is going to have to go," he said.

The United Nations on Monday pledged $9.2 million in aid for Venezuela, where hunger and preventable disease are soaring due to food and medicine shortages. Maduro blames the country's problems on U.S. sanctions and an "economic war" led by political adversaries.

Government critics celebrated the UN pledge as a recognition by Venezuelan authorities that the country faces a humanitarian crisis - something Maduro has denied in the past - and a step toward treating a population starved of basic services.

But some worry the funds could fuel the corruption of the ruling Socialist Party, which was put on display earlier this month when a former Venezuelan treasurer told U.S. prosecutors he took $1 billion in bribes.