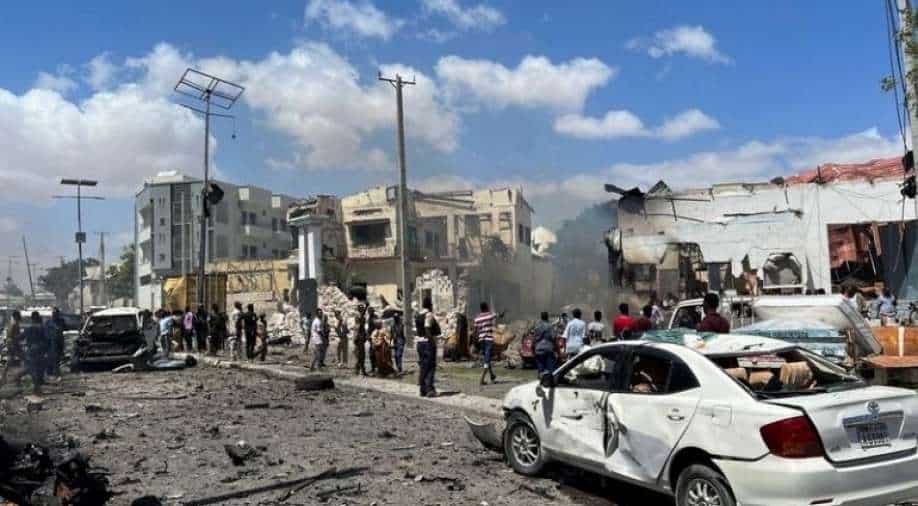 A general view shows the scene of an explosion in the Hamarweyne district of Mogadishu, Somalia, January 12, 2022. Photograph:( Reuters )

Officials say at least eight killed, several wounded after a car bomb that ‘targeted a convoy’ in Mogadishu.

According to the head of the city's emergency services, a car bomb exploded on a road leading to the airport in Mogadishu on Wednesday, killing at least eight people.

Mohamed Osman, a Mogadishu local, said the blast shattered the walls and ceiling of a mosque where he was worshipping nearby.

“A car bomb targeted a convoy, including bulletproof cars using Avisione street, we do not know who owns the convoy,” the head of the city’s ambulance service, Abdikadir Abdirahman, was quoted as saying by news agencies.

“We carried eight dead people from the scene.”

The founder of the Aamin ambulance service, Abdulkadir Adan, tweeted that he was “deeply saddened by the loss of life and injuries” in Mogadishu. He posted a photo from the scene of a mangled vehicle.

I am deeply saddened by the loss of life and injuries in Mogadishu,Somalia @HarunMaruf pic.twitter.com/5ennWL5hms

The al-Qaida-linked al-Shabab extremist group that controls parts of Somalia often carries out bombings at high-profile locations in the capital.