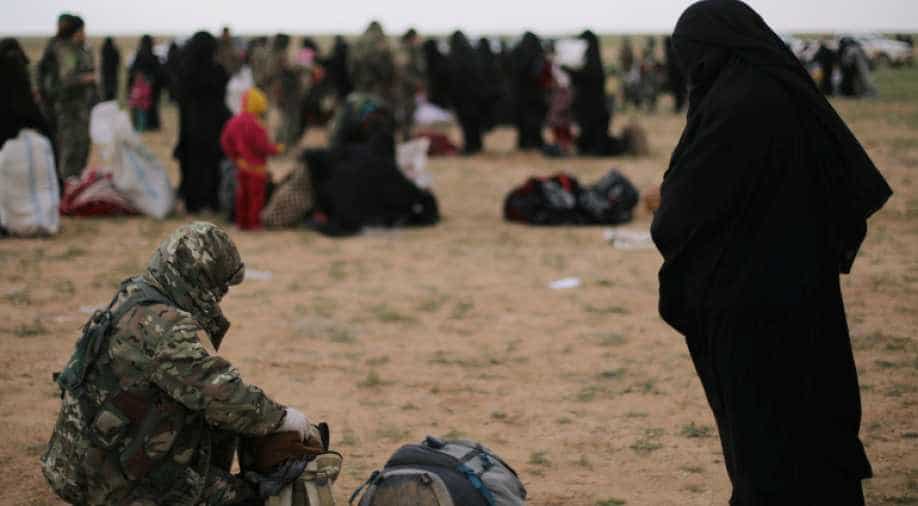 Many of the bodies found in the Baghouz area were those of women. "They were slaughtered," SDF commander Adnan Afrin said. Most had been decapitated, he added.

A mass grave containing the bodies of dozens of people who may be Yazidis enslaved by Islamic State has been found in territory recently seized by the US-backed Syrian Democratic Forces (SDF), an SDF official said on Thursday.

Many of the bodies found in the Baghouz area were those of women. "They were slaughtered," SDF commander Adnan Afrin said. Most had been decapitated, he added.

The SDF was still trying to confirm if the bodies belonged to members of the Yazidi sect.

Thousands of members of the minority sect from Iraq were forced into sexual slavery by the jihadists when they surged across the border in 2014 and seized swathes of territory.

More than 3,000 other Yazidis were killed in an onslaught the United Nations later described as genocidal, which prompted the first US air strikes against Islamic State. Thousands more fled on foot and many of them remain displaced more than four years later.

The SDF, the main partner of the US-led coalition against Islamic State in Syria, has been trying to evacuate thousands of civilians in Baghouz before storming it or forcing the surrender of the remaining jihadists, who the SDF has said are mostly foreigners.

It said earlier on Thursday that it had freed 24 of its fighters held by Islamic State in Baghouz but gave no details about how they were recovered.

Thousands of people of many nationalities have streamed out of the final shred of land in recent weeks, an exodus of both its supporters and victims, surpassing initial estimates and delaying an end to the battle.