March of the millions: Reflections on global women?s march against Trumpism 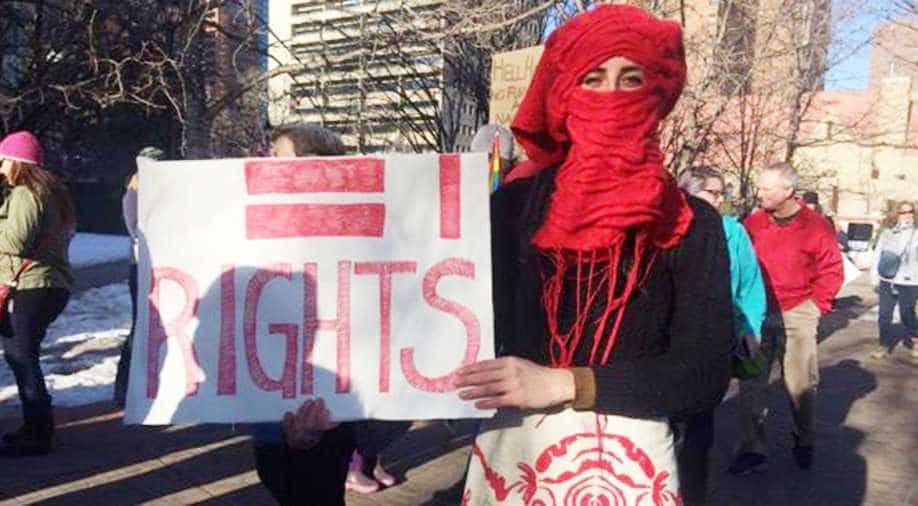 The crowd was of mostly white women, but there were men and children too, marching in unity with people of colour, with disabilities and of all gender Photograph:( Others )

On January 21, 2017, the day after Donald J. Trump’s inauguration as the 45th President of the United States, more than half million strong marched or rallied on streets of Washington DC in protest of Trump’s unconstitutional and bigoted positions on a range of issues including women, LGBTQIA people, people of colour, immigrants, Muslims, indigenous rights. Another half a million marched on the streets of Chicago, and more than 4 million people gathered in another 671 marches around the world.

The march entitled, “Women’s March” was organised by a national committee in the U.S. comprising mostly of women and a couple of men and led by four women - Tamika D. Mallory, Carmen Perez, Linda Sarsour and Bob Bland. The march was planned soon after Trump was elected on November 8, 2016, to happen in DC one day after his inauguration.  The mission statement of the march explicitly denounced Trump’s campaign rhetoric from the election cycle that demonised and threatened “immigrants of all status, Muslims and those of diverse religious faiths, people who identify as LGBTQIA, Native people, Black and Brown People, people with disabilities, survivors of sexual assault…”. The goal of the march was to “send a bold message” to the “new government on their first day in office, and to the world that women’s rights are human rights.” The call of the march asked its attendees to wear pink “pussy hats” as a symbol of dissent against Trump’s sexist remark caught on hot mic about grabbing women’s genitals and thereby condoning and trivialising sexual assault.

As soon as the march was announced, I had decided I wanted to be there in D.C. on Jan 21. I had been distraught, sad and angry by the US election. Having built a solid community of friends and colleagues in the ten plus years my partner and I lived in the US, I took Trump’s election very personally. I saw it as a mandate against me, my person - the collective me - the minorities - women, people of color, immigrants, religious minorities, queer people, intellectuals. Not living in the US anymore, in this moment of deep crisis, I was craving the camaraderie of my fellow feminists who were feeling similar outrage.

I marked myself as an attendee on the Facebook page for the march sometime in late November. There was much excitement about the movement among my friends and colleagues in the US and Americans in Canada. We began exchanging plans of meeting up and marching together. Around mid-December my resolve wavered as I read up on the march and encountered some valid concerns about it.

I was afraid that the march would be co-opted by the hegemonic discourse around women’s issues, marginalising the most vulnerable in the process

The nomenclature of the march as well as its platform was faced with several justifiable critiques in days leading up to Jan 21. The critiques ranged from this being a gender essentialist march to a march by and for white, middle-class feminists who have systematically undermined women of colour and their concerns by ignoring “intersectional feminism.”  A march called “Women’s March” that has pussy hats as its symbol, privileges cis identities, essentialising womanhood and women genitalia, alienating trans, intersex and queer individuals.

Even though of the four, the three co-chairs of the march were women of colour, I became more and more critical of the march’s principles. I was afraid that the march would be co-opted by the hegemonic discourse around women’s issues, marginalising the most vulnerable in the process. At one point, days before the march, one of the Unity Principles” formerly professed to “stand in solidarity with sex workers’ rights movements” was dropped from the Women’s March platform. I had a long discussion with a colleague at my University and decided, as a scholar who identifies with intersectional feminism, I could not be part of such a divisive movement. I had already dropped my plans for Washington.

As the day of Trump’s inauguration drew closer, a sense of deep sorrow descended in my household as among millions across the world. Meanwhile, the Women’s March was gaining more and more momentum. A few days before Jan 21, I learned from a colleague that there would be a Women’s March in Calgary and worldwide. The night before, I decided I could not sit this one out. I had to be out on the street. I needed to do this for the sake of self-care. And the issue at hand was bigger than my reservations about the platform of the March itself.

The Calgary march anticipated about 1000 attendees. When I joined the March in downtown Calgary on that chilly morning, there were at least 5000 strong

The Calgary march anticipated about 1000 attendees. When I joined the March in downtown Calgary on that chilly morning, there were at least 5000 strong. The crowd was made of mostly white women, but there were men too and children and the elderly, marching in unity with people of color, native people, queer people, people with disabilities, people of all genders, and people of no gender and all religions. It was exhilarating as we marched the short mile from the square to the city hall chanting, “this is what democracy looks like” and other chants. Outside city hall, we heard from artists, activists, and singers mostly women of color calling for inclusivity and dissent against bigotry and fascism.  We chanted and sang along. There was great signage all around, two of my most favourites, one being “Make America Think Again” and the other that read “I can’t believe I am protesting this crap again in 2017 and I am 75” by a fierce senior white woman. I saw some of our students in the crowd too. There were a couple of women and a handful of men who were Trump supporters, all carrying signs of “Women for Trump”, including the men.  “It is nice to see these gender-bending men in the crowd”, I told my friends tongue and cheek.

As my feet grew colder from the freezing wind, I found it reassuring to see that the passion that is humanity is still alive. In the evening, I sat with a hot beverage in the comfort of my home as photos of marches from around world popped up on my social media. It warmed by heart. It was one of those rare days when being on social media was as gratifying as being out on the streets. To see thousands of otherwise perhaps apolitical people, some who are not even affected directly, people outside of the US, rising up against hate, shoulder to shoulder with the some of the most vulnerable was all heartening.  For the first time since November 8, I felt calm. I was not alone in feeling what I had been feeling.

The first seven days of the Trump Presidency following the Women’s March has been nothing but shocking and filled with deep trepidations. He has issued a series of executive orders that attacks the most marginalised in the US and globally. And every executive order and every day of the week has brought thousands out on the streets protesting and fighting to protect those attacked by his orders. This perhaps is the silver lining of the Trump era. It will make activists out of regular people across the world. It will perhaps make for a more compassionate and empathetic collective.  So, we can hope?