Man pushes boy in front of train in Germany, killing him 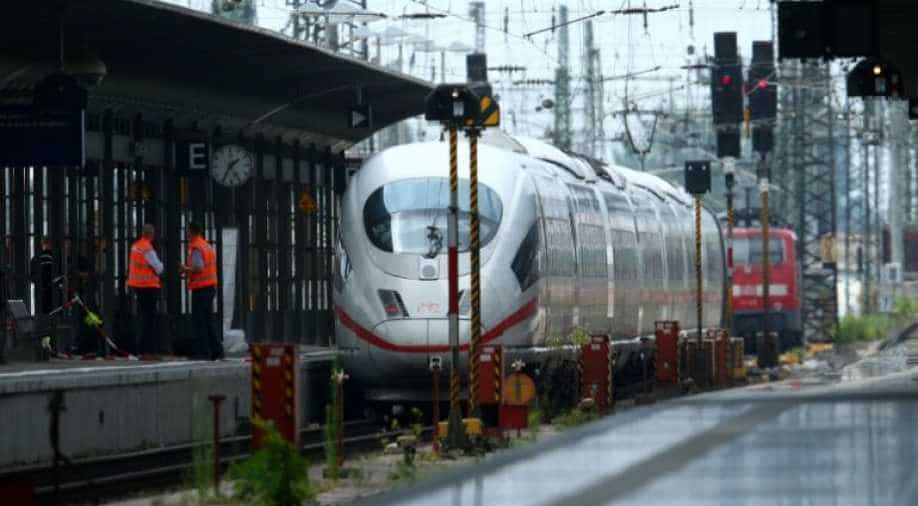 Officials walk on a platform at the main train station in Frankfurt, Germany, July 29, 2019, after a 40-year-old man of African origin pushed an eight-year-old boy in front of an oncoming train, killing him, police said. Photograph:( Reuters )

The man also pushed the boy's mother but she survived. Police were unaware of any connection between the man and the victims and his motive was unclear, a police spokeswoman said.

A 40-year-old Eritrean man killed an eight-year-old boy on Monday by pushing him in front of an oncoming train at Frankfurt's main train station in Germany, police said.

The man also pushed the boy's mother but she survived. Police were unaware of any connection between the man and the victims and his motive was unclear, a police spokeswoman said.

"According to witness reports, a 40-year-old man pushed the boy and his mother onto the track just as the ICE (high-speed train) was arriving. The mother, thank God, was able to save herself," the spokeswoman, Isabell Neumann, told reporters.

"Unfortunately, the eight-year-old boy was run over by the ICE. He suffered fatal injuries," she added. "The man concerned ... fled the station after the crime. Passers-by took up the chase and the man was detained near the station."

Neumann said the suspect was being questioned. The boy's mother was taken to the hospital and would also be questioned. Frankfurt police said on Twitter the suspected perpetrator was an Eritrean citizen.

Several platforms at Frankfurt station, a major rail hub in Germany, were closed after the incident.

The police spokeswoman said the man tried to push a third person onto the track but the woman managed to defend herself.

Interior Minister Horst Seehofer strongly condemned the "horrific act" and warned against jumping to any conclusions as police were still investigating.

Seehofer said he would cut short his holidays to discuss the security situation with senior officials on Tuesday and inform the public afterwards.