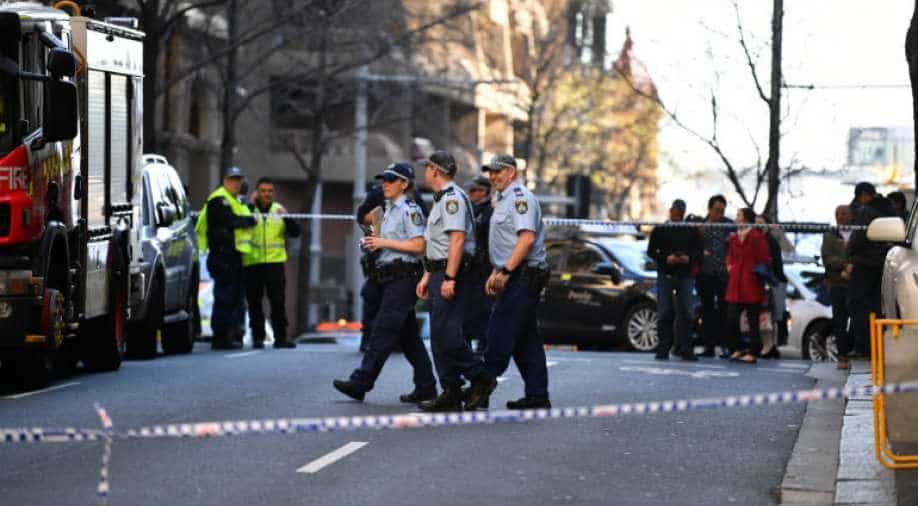 A woman, who was injured in the attack, was taken to hospital

A man who went on a stabbing spree in downtown Sydney, in what appeared to be an unprovoked attack, was taken into custody, thanks to the alertness and bravery of the locals.

"Members of the public actually physically restrained the offender. And I must acknowledge that those people who got involved were brave. These people are heroes," New South Wales Police chief Gavid Wood said.

A woman, who was injured in the attack, was taken to hospital. "We have a female person with a stab wound to the back currently being treated by paramedics and is en route to a Sydney hospital," Wood further said.

Watch: How Sydney attacker was restrained by locals with milk crates and chairs

He said the woman's injuries were not life-threatening.

Video footage on Twitter showed a young man running across a city intersection and jumping onto the hood of a car, waving what appeared to be a knife covered in blood and shouting "Allahu Akbar" and "shoot me". The man fell to the ground when the car moved and was confronted by a person holding a chair, the video further showed.

Australian media reported that the man was pinned to the ground by some people who were present there. "We saw the person with a knife over there bleeding," a woman present at the Subway store near the scene told news agency Reuters.

A video that emerged from the scene showed the man was restrained with the help of chairs and milk crates.

"The cops are here and they blocked the road right now, so we can't go outside. They said: 'It's a crime scene, you can't come out'," a woman, who declined to give her name, told Reuters.