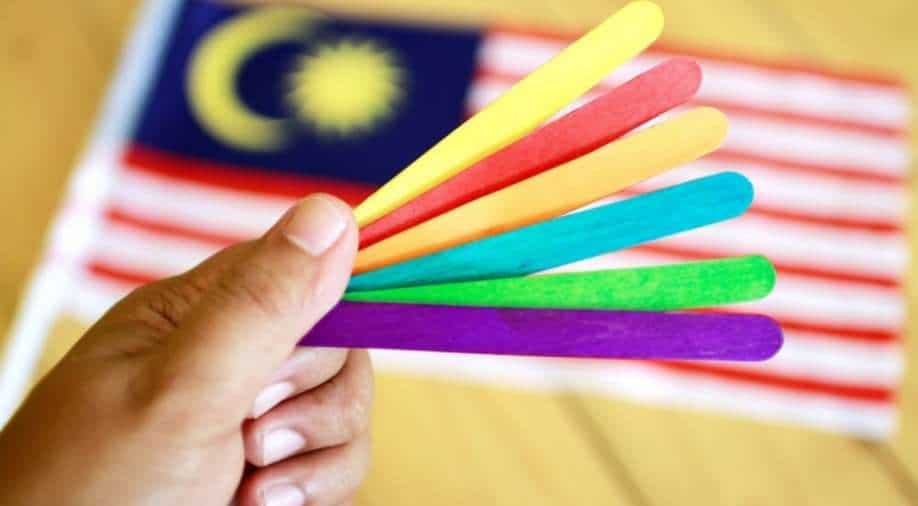 Being gay in Malaysia Photograph:( AFP )

In its ruling, Malaysia's top court sided with the man who brought the case, saying Selangor state was not empowered to make such a law.

He was charged in an Islamic court in 2019 with attempting to have "intercourse against the order of nature", and several others in the same case have already pleaded guilty and were caned as a punishment.

Multi-ethnic Malaysia has a dual-track legal system, with Islamic courts handling some matters for Muslim citizens, and sharia laws set by individual states. But local laws cannot conflict with legislation at the federal level, and sodomy is already a crime under the national penal code -- although the statute is rarely enforced.

In its ruling, Malaysia's top court sided with the man who brought the case, saying Selangor state was not empowered to make such a law.

The ruling means that the law is overturned and the man's case should be dropped.

The verdict is being hailed as a victory hailed as "monumental progress" in combating persecution of the LGBT community.

The man was among 11 arrested for allegedly having sex at an apartment in 2018. Some have admitted to the offence before an Islamic court and received six strokes of the cane, a fine and jail terms of up to seven months.

About 60 percent of Malaysia's population is Muslim. Despite the victory, Islamic laws banning gay sex still exist in some other states.