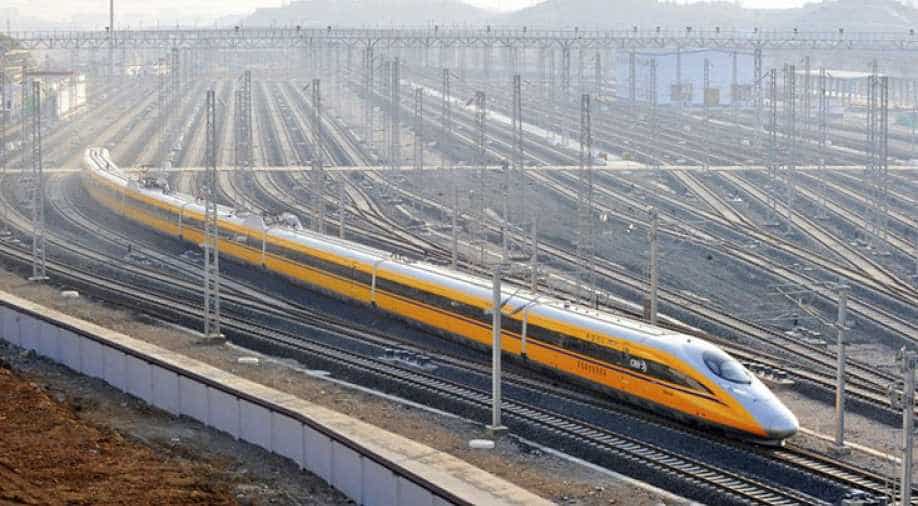 The project was first announced by both nations in 2013, and the cost was estimated at about $17 billion. The recent announcement came on Sunday in the wake of the coronavirus-induced crisis.

Malaysia has agreed with neighbouring Singapore to suspend until December 31 a project for a high-speed rail link between the capital, Kuala Lumpur, and the city-state, to allow discussion of changes.

The project was first announced by both nations in 2013, and the cost was estimated at about $17 billion. The recent announcement came on Sunday in the wake of the coronavirus-induced crisis.

"The government of Malaysia and the government of Singapore have agreed to resume discussions on the Kuala Lumpur-Singapore high speed rail infrastructure project in the near future," said Mohamed Azmin Ali, Malaysi's minister of international trade and industry.

"The discussions will encompass some of the proposed changes in the commercial and technical aspects of the project," he said in a statement.

Malaysia reported 57 new coronavirus infections on Sunday, taking its tally to 7,819, but with no additional deaths its toll stands at 115.

As far as Singapore is concerned, the city-state is gearing up to lift its circuit breaker measures imposed to curb the coronavirus pandemic after two months, even as the city-state reported 518 new COVID-19 cases on Sunday, taking the total number of infections to 34,884.

Singapore's circuit breaker period will end on Monday, with measures to be progressively lifted in three phase starting the next day.

Of the 518 new cases reported on Sunday, only three cases are among Singaporeans or permanent residents, the Ministry of Health said in its daily update.