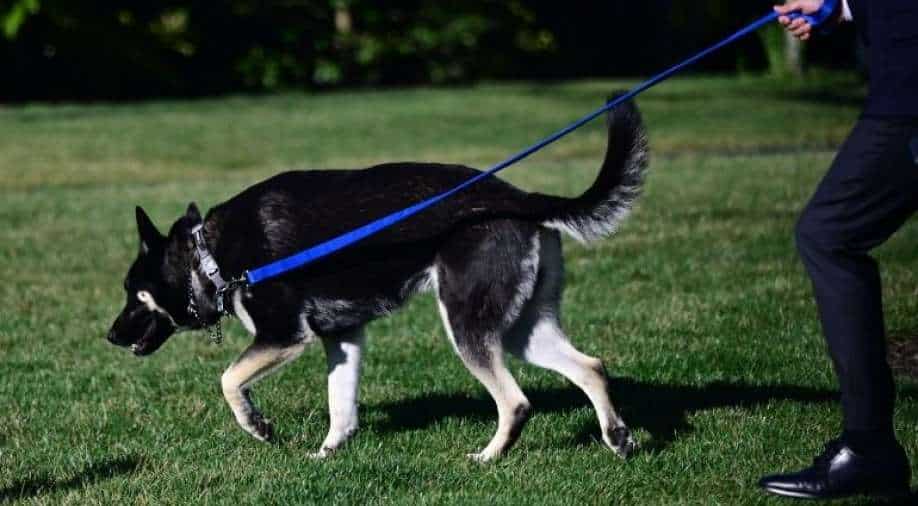 An aide walks the Biden’s dog Major on the South Lawn of the White House in Washington, DC, on March 29, 2021 Photograph:( AFP )

On March 8, Major had caused a minor injury to an employee of the US Secret Service, after which him and his sibling Champ were temporarily sent to Delaware

US President Joe Biden’s younger dog Major who made headlines for a biting incident at the White House has reportedly has struck again. The White House said that Major “nipped someone while on a walk” on Tuesday.

Michael LaRosa, First Lady Jill Biden’s press secretary claimed that the dog is still adjusting to the surroundings. Reportedly, the White House Medical Unit checked the person for any serious injuries or bites but found nothing serious.

On March 8, Major had caused a minor injury to an employee of the US Secret Service, after which him and his sibling Champ were temporarily sent to Delaware.

Major was seen by reporters at the White House South Lawn on Monday as the president and first lady travelled to the Vietnam Veterans Memorial.

Major was adopted by the Biden family in November 2018 from the Delaware Humane Association (DHA) situated in Wilmington. Major's induction into the White House marked the first rescue dog to grace the halls of the presidential residence. The family's other dog, Champ also joined Major.

Major, three-years-old is the younger of the Biden dogs, and has shown agitated behaviour on multiple occasions, including jumping and barking, and "charging" at staff members, according to CNN.

The other dog is called Champ is roughly 13-years-old. Owing to his age, he has physically slowed down. Both the dogs had moved into the White House in January, a week after Biden's presidential inauguration.