Madam President? 90% of Americans expect to see a woman at White House by 2030 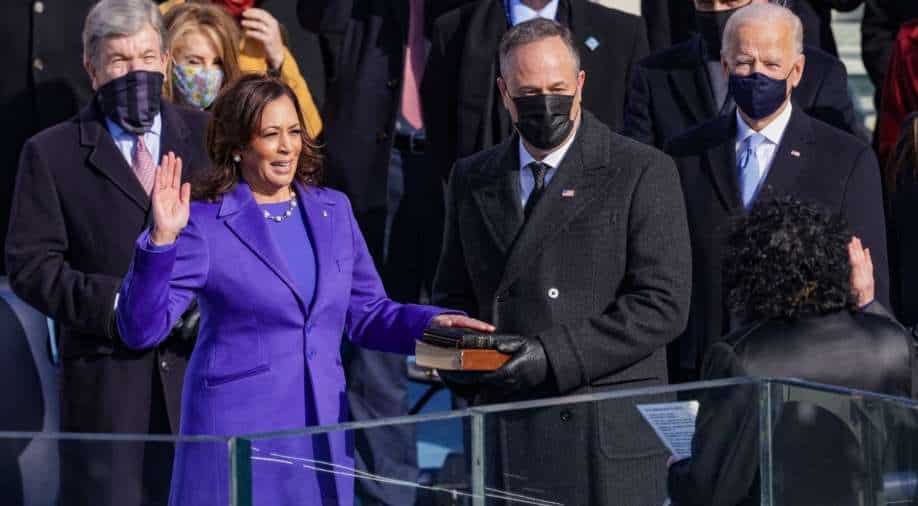 More than 90% of Americans think the United States could have its first woman president within a decade, a poll has showed, as Vice-President Kamala Harris is increasingly tipped as a favourite for the Democratic Party nomination in 2024.

A Gallup poll conducted in 74 countries showed Americans were the most likely to say they thought a woman could lead their nation by 2030.

The majority of respondents in only three countries - Mauritania, Belarus and Sri Lanka - said they did not expect to see a woman leader in the years ahead, found the poll conducted from 2019 to 2020 and released for International Women's Day.

Women serve as heads of state or government in only 22 countries and 119 nations have never had a woman leader, UN Women data showed in January, while on average women hold just over a quarter of seats in parliaments worldwide.

But Harris's election as the first female U.S. vice president last year was a significant boost for efforts to boost women's political representation and help young women see themselves in top jobs, according to campaigners.

"That is really huge, not just for the little girls of the world but for the little boys, to be able to fully understand that both genders can serve in the highest leadership role," she told the Thomson Reuters Foundation in a video call.

Harris, 56, who also made history by becoming the first Black American and first Asian American to win the second highest U.S. office, is seen as an obvious contender for her party's 2024 candidacy should Biden, 78, decide not to run.

Monday's poll findings follow a warning last week that despite recent high-profile appointments of women globally, wider progress towards equality in political representation and other key areas is faltering.

A report by the Equal Measures 2030 partnership found half of the 129 countries it examined were lagging behind a target to reach gender equality by 2030 in five key areas including ministerial roles and workplace equity laws.

Progress is "limping along" globally but "rapid change on gender equality is possible", said Alison Holder, director of the organisation, which assesses progress on an ambitious set of global goals against inequality set by world leaders in 2015.