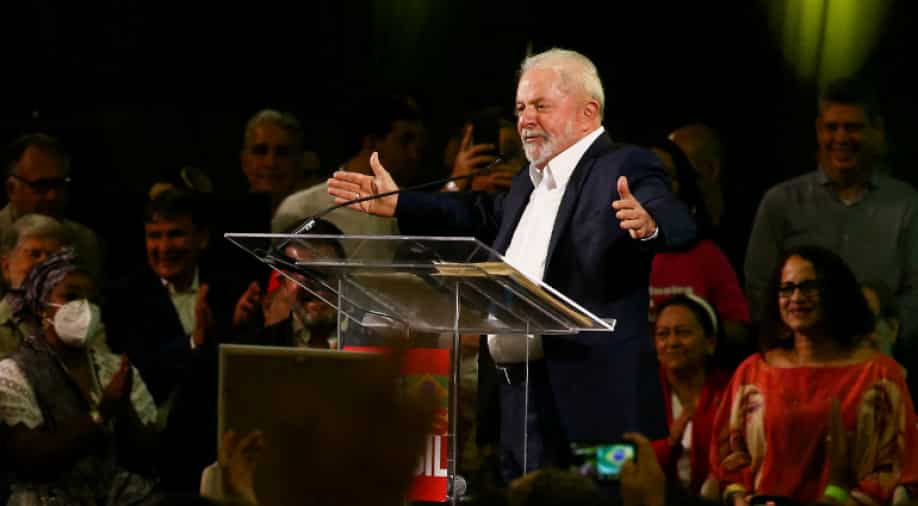 Calling on Brazilians to unite behind him to defend Brazil's democracy from the authoritarian government, Lula accused his adversary of constantly trying to hide his incompetence from the nation

Calling on Brazilians to unite behind him to defend Brazil's democracy from the authoritarian government, Lula accused his adversary of constantly trying to hide his incompetence from the nation.

According to Lula, "The most serious moment the country is going through forces us to overcome our differences and build an alternative path to the incompetence and authoritarianism that govern us."

The charismatic but tarnished steelworker-turned-politician told a rally in Sao Paulo that Bolsonaro's administration is "irresponsible and criminal."

"We want to join democrats of all political positions, classes, races, and religious beliefs ... to defeat the totalitarian threat, the hatred, violence, and discrimination hanging over our country," he added.

After presiding over a golden period that lifted some 30 million Brazilians from poverty, Lula left office with approval ratings of 87 per cent.

Even the campaigning for Brazil's presidential election does begin until August, Lula can give arch-enemy Bolsonaro a tough competition in the polarising clash.

He had missed the 2018 presidential race after he was convicted of corruption charges under an investigation called "Operation Car Wash" that centered on state-run oil company Petrobras.

Despite calling the case a conspiracy, Lula was jailed from April 2018 to November 2019 on charges of accepting a bribe.

However, corruption charges against Lula, that sidelined him from politics, were annulled by the Supreme Court in March last year.