Libya in grip of chaos two years after unity deal 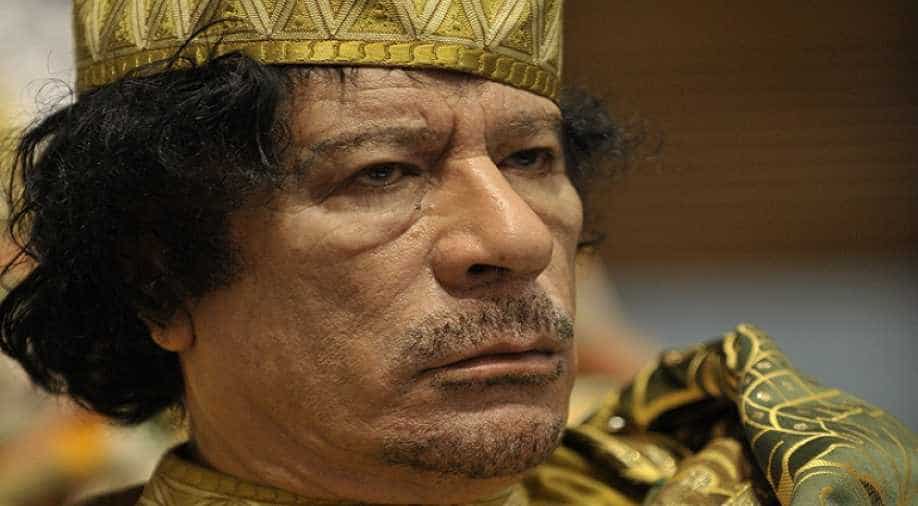 Libya's long-time dictator Muammar Gaddafi was overthrown and killed after years of political turmoil in 2011. Photograph:( Others )

Two years after a deal to form a unity government aimed at ending deep divisions between Libya's opposing sides, the country remains mired in crisis with no solution in sight. The UN-brokered agreement signed in Morocco in December 2015 establishing a Government of National Accord (GNA)  brought hopes of an easing of chaos that followed the 2011 revolution.

But Libya has remained riven by divisions between the GNA in Tripoli led by Prime Minister Fayez al-Sarraj and a rival administration backed by military strongman Khalifa Haftar in the east. The GNA's position risks being further undermined by the expiry of its mandate -- which under the 2015 accord was for one year and renewable only once -- on December 17.

Instead of healing rifts, experts say the deal actually deepened tensions in the North African country. "I think it has never been the real solution for the country", said Federica Saini Fasanotti, an analyst with the Washington-based Brookings Institution.

The agreement "has never been recognised by the Libyan people", she added. Years of political turmoil have followed the overthrow and killing of Libya's long-time dictator Muammar Gaddafi in the 2011 revolution.

People-smugglers took advantage of the chaos to turn the country into a major gateway for migrants heading to Europe, while Islamic State group jihadists also established a foothold. Underscoring the insecurity plaguing the country, the mayor of Libya's third-largest city Misrata was killed by unidentified assailants who abducted him on Sunday as he returned from an official trip overseas.

Since its arrival in Tripoli in March 2016, the GNA has failed to stamp its authority across large parts of the country, controlled by dozens of militias of shifting allegiances. Its legitimacy was questioned from the very start by its rivals and it was unable to secure a confidence vote by Libya's elected parliament based in the east of the country.

Haftar, who has never recognised the GNA's authority, said on Sunday that the "expiry of the Libyan political accord" on December 17 marked a "historic and dangerous turning point". "All bodies resulting from this agreement automatically lose their legitimacy, which has been contested from the first day they took office", he said.

Saini Fasanotti, however, does not see major repercussions from the end of the GNA's mandate. "The GNA, in my opinion, has never been a real political actor in Libya, so I do not think that the situation will change a lot at the moment in the Libya arena", she said.

Haftar is accused by his opponents of wanting to take power and establish a military dictatorship. Haftar wanted to take advantage of the end of the mandate of the unity government to stage "a coup", a GNA official who did not want to be named told AFP.

The UN Security Council last week insisted the 2015 deal remains the "only viable framework to end the Libyan political crisis" and prepare for elections.

According to Issandr El Amrani at the International Crisis Group (ICG) think-tank, Haftar does not have "sufficient strength or support" to take power in Libya. "He faces particularly strong opposition from (rivals in) the west, he said, especially in Misrata", 200 kilometers east of Tripoli and home to Libya's most powerful armed groups.

UN envoy Ghassan Salame presented a plan to the UN Security Council in September to hold legislative and presidential elections next year. Analysts are however sceptical the elections will be successful.

"Elections can be a double edge weapon because they can increase the frictions among the competitors and their followers. I am not sure that at this very moment they are the best solution", Saini Fasanotti said. The ICG's Amrani believes that "without an improvement in the relationship between Haftar and (groups in) the west, especially Misrata, it will be difficult to hold credible elections".