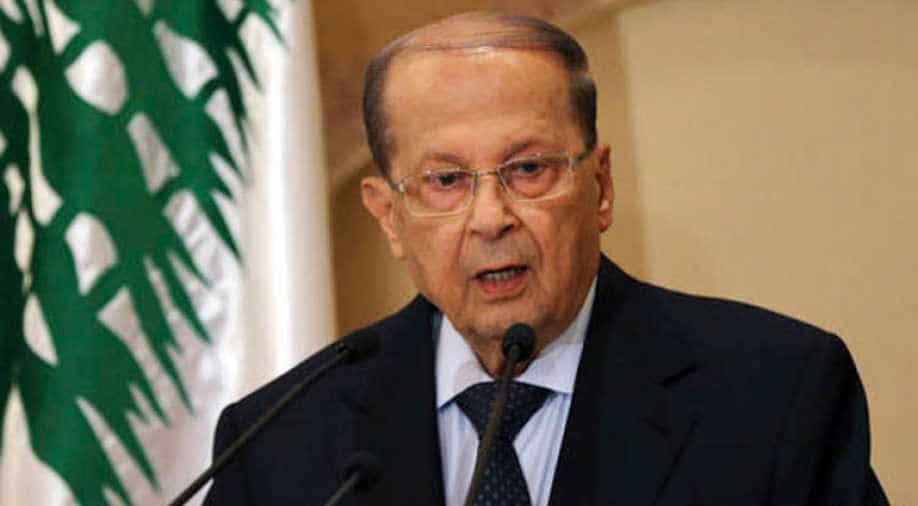 Lebanon's deeply divided political class has failed to agree on a new cabinet since a massive explosion in Beirut port last August that killed more than 200 people and led to the government's resignation.

Lebanon's President Michel Aoun on Wednesday urged prime minister-designate Saad Hariri to form a government "quickly" or to step aside as the country's economic crisis deepens.

But three-time premier Hariri, who was tasked in October with forming a government, hit back at the president saying he had submitted his proposal for government to Aoun weeks ago.

"If you cannot sign the decrees forming a salvation government, then allow early presidential elections," Hariri said in a statement.

The process of forming a government has been delayed by endless haggling between the main ruling parties.

Aoun, in a televised address, invited Hariri to the presidential palace "to form the government immediately in agreement with me," he said.

Lebanon's deeply divided political class has failed to agree on a new cabinet since a massive explosion in Beirut port last August that killed more than 200 people and led to the government's resignation.

"If he is unable to form and lead a government of national salvation to deal with the dangerous situation in the country, he has no choice but to give way to all those who are capable of carrying out this task," Aoun added.

"I sincerely appeal to the prime minister-designate to quickly choose one of the two options."

Hariri, who said he had been surprised to receive the invitation via a televised speech, as he had already submitted his "line-up for a government of non-partisan specialists capable of implementing the reforms required" to Aoun weeks ago.

"I will be honoured to visit him for the 17th time, immediately, if his schedule permits, to discuss with him the line-up that has been in his hands for several weeks, and immediately announce the formation of the government," Hariri added.

Lebanon is in the grips of its worst economic crisis since the 1975-1990 civil war.

The Lebanese pound, officially pegged at 1,507 to the US dollar since 1997, has lost almost 90 percent of its value on the black market.

It was changing hands for around 14,000 to the greenback on Wednesday.