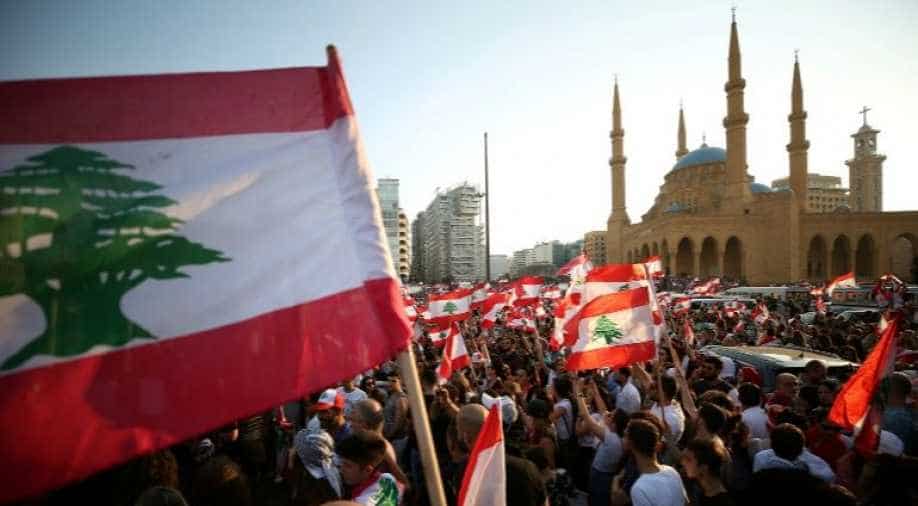 Hundreds of thousands of people from across Lebanon's sectarian divides rallied against corruption and the entire political class Sunday, the largest such demonstrations in the country for years.

Lebanese protesters were expected to return to the streets for a fifth day Monday, with Prime Minister Saad Hariri holding a cabinet meeting to try to calm the unprecedented demonstrations.

Hundreds of thousands of people from across Lebanon's sectarian divides rallied against corruption and the entire political class Sunday, the largest such demonstrations in the country for years.

Banks, universities and schools closed their doors Monday, with Hariri expected to offer reforms in a bid to stem the anger.

"It's a day of destiny for us. All our hard work and efforts in previous days and years were to get us to this moment," said Roni al-Asaad, a 32-year-old activist in central Beirut.

"If they could have implemented these reforms before, why haven't they? And why should we believe them today?"

At the nerve centre of the demonstrations near the country's houses of government in central Beirut, volunteers were once again collecting rubbish from the streets, many wearing face masks and plastic gloves.

The protests have grown steadily since public anger first spilled onto the streets Thursday evening in response to a proposed tax on calls via WhatsApp and other messaging services.

While the government quickly dropped that plan, the leaderless protests morphed into demands for a sweeping overhaul of the political system, with grievances ranging from austerity measures to poor infrastructure.

Hariri had given his coalition partners three days to support reforms he said were crucial to get the economy back on track.

On Sunday evening a cabinet official told AFP that the parties had agreed.

The cabinet will hold a meeting chaired by President Michel Aoun at 0730 GMT to discuss the reforms.

Demonstrators said Hariri's proposals would not be enough, with demands for the entire political class to resign.

"All of them are warlords," said Patrick Chakar, 20. "We waited 30 years or more for them to change and they didn't."

More than a quarter of Lebanon's population lives below the poverty line, the World Bank says, while the political class has remained relatively unchanged since the end of a devastating 15-year civil war in 1990.

Al-Akhbar newspaper, which is close to Shiite Muslim militant party Hezbollah, published a picture of protesters carrying a giant flag on its front page with a commentary on "Test Day: Power or People?".

The French-language newspaper L'Orient-Le Jour said "The hour of truth has arrived," while the English-language The Daily Star said: "Lebanon's only paths: reform or abyss."