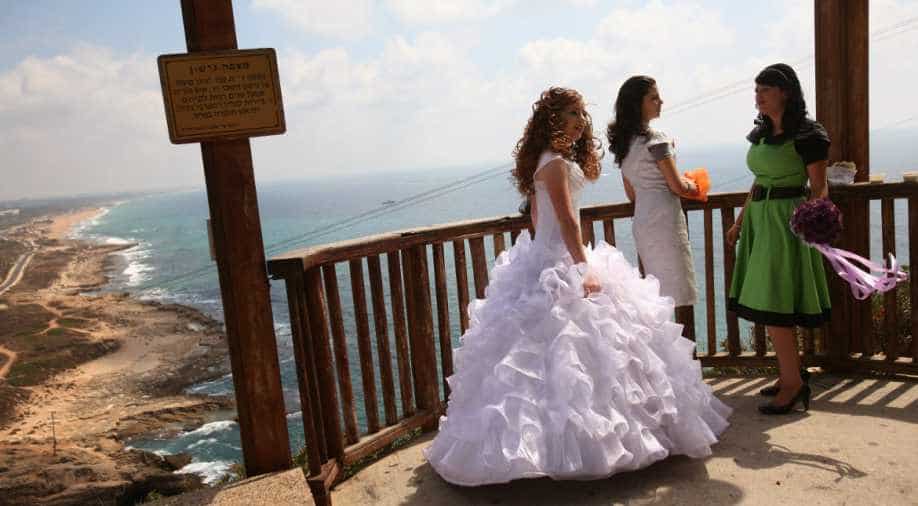 The law states that rapists are punishable by up to seven years, which can be increased if the survivor has a special need. But Article 522 states that the criminal prosecution is suspended if the rapist marries the survivor. (Representative Image) Photograph:( Getty )

Female protesters dressed as bloody and bandaged brides gathered in front of the Lebanese government headquarters on Tuesday calling for the abolishment of a law that allows rapists to marry their victims and escape sentencing.

The symbolic protest was part of a larger national campaign launched by gender equality NGO Abaad, which is raising awareness of Article 522, saying it violates human rights and strips the victims of their right to pursue justice.

The law states that rapists are punishable by up to seven years, which can be increased if the survivor has a special need. But Article 522 states that the criminal prosecution is suspended if the rapist marries the survivor.

The law, which has been in place since the 1940's, is currently being discussed in parliament.

"I believe this subject affects every Lebanese citizen, not only women. This Article violates women's human rights. We did a survey before the campaign figuring out only one per cent of the Lebanese people know about Article 522. We are doing our best to raise awareness of this Article, saying women have the right to refuse to marry the rapist. We are also telling all families that the solution is not the marriage of the rapist and victim - the solution is criminalising the rapist, abolishing Article 522 and punishing the criminal," said Alia Awada, campaigns manager for Abaad.

A parliamentary legislative committee is expected to decide today whether to abolish the law. The head of Abaad, Ghida Anani, said she hoped lawmakers would eliminate Article 522 from the Lebanese charter.

One of the protesters, Hiam Bakr, described the anger and sadness she felt as a victim of sexual assault.

"I am here because we have been subject of sexual assault in our lives, we know how it feels: what happens to us at night, how we become deprived of sleeping, eating and drinking, how we spend our days and nights thinking why this happened to us. We don`t know that he is the reason, we are not. We keep on fighting ourselves for a long time to be able to accept this is not our fault but his, that he is a bad person. I am here to demand the abolition of this Article," she said.

Abaad's campaign has been featured on television, social media and billboards across the country.