Kulbhushan Jadhav a spy, India has no case: Pakistan to ICJ 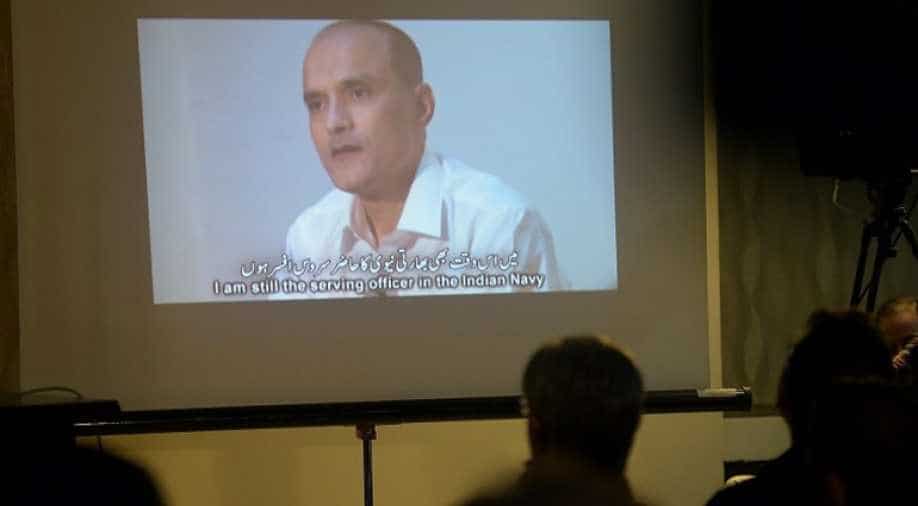 Kulbhushan Jadhav was sentenced to death by a Pakistani military court on charges of espionage and terrorism in April, following which India moved the ICJ in May. Photograph:( AFP )

India on Monday urged the UN's top court, the International Court of Justice, to stop Pakistan from executing Indian national Kulbhushan Jadhav convicted of spying. Islamabad hit back accusing its rival of exaggerating the case's urgency, misusing the provisions of the Vienna Convention and claimed that Jadhav had himself confessed to spying for India.

Dismissing Pakistan's request for the Indian national's "confession video" to be played before the court, the ICJ said it would pass an order as soon as possible.

Vienna Convention provisions on consular access were not intended for a "spy" involved in terror activities, Pakistan told the ICJ which is hearing India's plea on the death sentence given to Kulbhushan Jadhav, a former naval officer who was arrested in March last year and sentenced to death by a Pakistani military court April 10 this year on charges of espionage and subversive activities in Balochistan.

India had been unable to provide an explanation for Jadhav's passport which bears a Muslim name, Mohammed Faisal of the Pakistan Foreign Office said in his opening remarks in response to India's submissions earlier in the day.

"There has been deafening silence and no response from India on Pakistan's accusations on Jadhav," Pakistan Supreme Court lawyer Khawar Qureshi told the court.

Khawar Qureshi asked the court to dismiss India's application, saying there was no urgency as claimed by India since a period of 150 days had been provided to Kulbhushan Jadhav to seek clemency after he was sentenced to death on April 10 this year.

"India has sought to persuade this court that Pakistan will execute Kulbhushan Jadhav within days. A period of 150 days is provided which even if it started on April 10, 2017, could well extend beyond August 10, 2017," the counsel for Pakistan told the court.

"India generated a sense of urgency, improperly invoked the jurisdiction of the court on the basis of imminence, it wants provisional measures on the basis of this urgency invoked. But six months is not urgent in anybody's book," Qureshi told the court.

Pakistan also alleged that India had not responded to clarifications regarding Kulbhushan Jadhav's bank account details.

It said India had no grounds for relief since the ICJ was not a criminal court of appeal.

Expressing the fear that Jadhav, 46, might be executed before the hearing was over, India accused Pakistan of violating the Vienna convention and conducting a "farcical trial" without a "shred of evidence".

He was "an innocent Indian national, who, incarcerated in Pakistan for more than a year on concocted charges, (has been) deprived of his rights and protection accorded under the Vienna Convention," Deepak Mittal, an official with India's ministry of external affairs, told the court in The Hague.

Mittal insisted Pakistan has failed to respond to all Indian demands for information about the case, snubbing requests for documents including the charge sheet, and has failed to provide Jadhav with consular access.

The urgent hearing comes after the ICJ last week stayed Jadhav's execution. India presented its argument over 90 minutes, Pakistan, which claims that Jadhav is an agent of
India's external intelligence agency Research and Analysis Wing (RAW), took less than an hour.

India wants the ICJ to annul Jadhav's death sentence and for Pakistan to ensure that no action is taken that may prejudice the rights of India or of Jadhav.

India moved the ICJ against the death penalty on May 8, alleging the violation of the Vienna Convention on Consular Relations. On May 9, the highest court in the UN gave Jadhav a lease of life.

In its appeal to the ICJ, India had asserted that Jadhav was kidnapped from Iran where he was involved in business activities after retiring from the Indian Navy.

Pakistan claims to have arrested Jadhav from its restive Balochistan province.