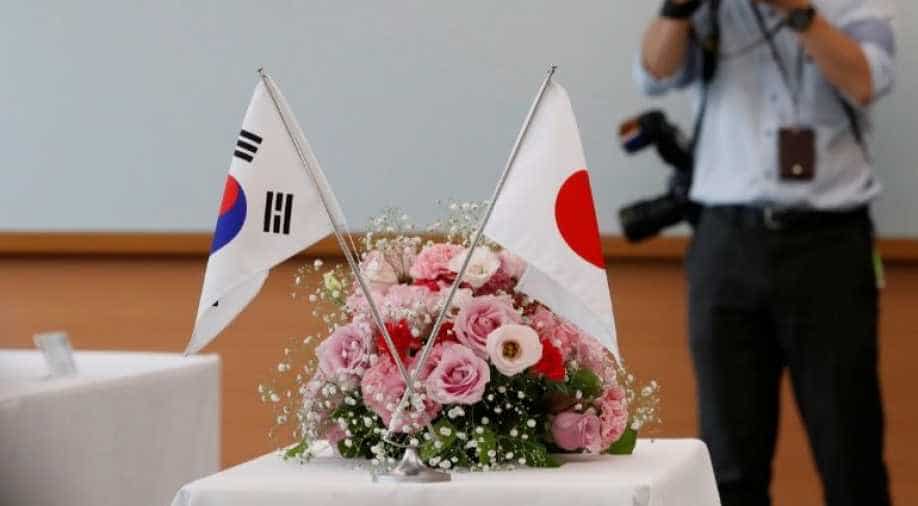 A South Korean cosmetics firm, backed by Japan's Nihon Kolmar, issued a public apology on Friday and its website remained down after its chairman showed employees a video praising Japan's prime minister amid a bitter trade row between the two Asian nations.

Shares in Kolmar Korea, whose clients include Unilever, fell 6.2per cent on Friday after a storm of online protest over the video, which the firm said later had been intended as training for employees on how not to react too emotionally to issues.

The video by a right-wing political blogger included vulgar language and comments such as "Abe is definitely a great leader and President Moon Jae-in should be thankful for not getting punched by Abe in the face," local media reported.

Kolmar Korea, which is 12.4% directly owned by Japanese cosmetics contract firm Nihon Kolmar, was the most searched word on South Korea's dominant search engine Naver on Friday, and the reports drew angry comments from readers online.

A company spokeswoman could not be immediately reached for comment. Kolmar Korea's website was down due to heavy traffic.

"The purpose of showing this video was to underscore the importance of not reacting emotionally or being deceived, as in the biased content shown," it said in a statement.

Kolmar Korea makes cosmetics for brands like Carver Korea, acquired by Unilever in 2017, and Innisfree, Amorepacific Corp's budget brand, according to a company filing.