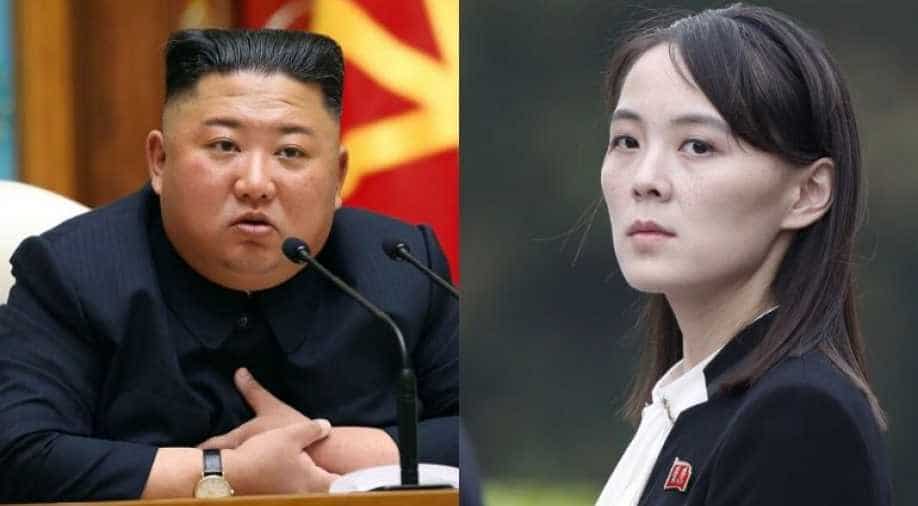 South Korean Foreign Minister Kang Kyung-wha said over the weekend that it's hard to believe North Korea's claim that there has been no virus outbreak on its soil. She added that the North has been unresponsive to South Korea's offer for cooperation to jointly tackle the pandemic.

The North Korean leader's sister, Kim Yo Jong, responded in a statement carried by state media.

"It can be seen from the reckless remarks made by her without any consideration of the consequences that she is too eager to further chill the frozen relations between North and South Korea," she said.

"Her real intention is very clear. We will never forget her words and she might have to pay dearly for it," Kim said.

The remarks show how sensitive North Korea is to what it considers any outside attempt to tarnish its image as its guards against the pandemic and the economic fallout.

Despite its zero-virus case claim, North Korea's state media have repeatedly said there is a ''maximum emergency'' anti-epidemic campaign in which it has closed its international borders, flown out diplomats, and isolated residents with suspected symptoms.

The North's border closure with China, its biggest trading partner, is wrecking its already fragile economy. The North has admitted it's facing multiple crises due to the pandemic, a spate of natural disasters last summer, and persistent US-led sanctions imposed over its nuclear programme.

Experts have said a major disease outbreak in North Korea could cause a humanitarian disaster because of its fragile health care system.

South Korea’s foreign minister told a forum in Bahrain on Saturday that the pandemic had “made North Korea more North Korea — that is, more closed, very top-down decision-making process where there is very little debate on their measures in dealing with COVID-19”.

“They still say they do not have any cases, which is hard to believe,” Kang said. “So, all signs are the regime is very intensely focused on controlling the disease that they say they do not have.” Also this week, US Deputy Secretary of State Stephen Biegun is in Seoul for talks on North Korea and other issues.

South Korea's spy agency recently told lawmakers that Kim Jong Un had ordered diplomats overseas to refrain from any acts that could provoke Washington because it is worried about President-elect Joe Biden's expected new approach toward North Korea.

Some observers say North Korea could still do something provocative to try to draw Biden's attention and create the need to restart stalled nuclear talks in which it could win concessions.