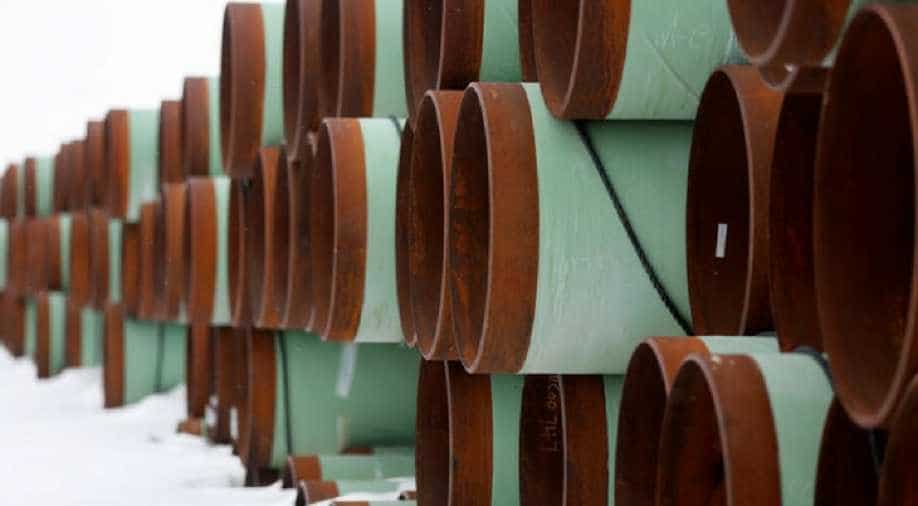 A Keystone pipeline has leaked around 210,000 gallons of oil near South Dakota, TransCanada - the company owner and operator, reported on Thursday.

This pipeline runs from Hardesty, Alberta, to Cushing, Okla and Wood River/Patoka, Ill and is reportedly the largest oil spill in South Dakota, officials say.

According to reports from Los Angeles Times, the spill has not affected any water bodies, agricultural area or hampered the drinking water systems.

The reason behind the leak is still being looked into, however, TransCanada discovered a drop in pressure on Thursday morning and immediately shut down the pipeline.

According to Brian Walsh an environmental scientist manager at the South Dakota Department of Environment and Natural Resources, it is the "responsibility of TransCanada to clean up the entire area in compliance with the state regulation".

The chemicals flowing through the Keystone Pipeline is called 'diluted bitumen', a crude oil, which is thick and sticky and is required to be diluted in order to flow smoothly. This chemical usually contains benzene, a carcinogen and is tough to clean up, but the exact name is unknown, as per media reports.

A potential addition to Keystone system, known as Keystone XL had been rejected by former president Barack Obama in 2015 and Donald Trump signed a memorandum to expedite the environmental review process for Keystone XL when he became president.