Kabul: 6 dead after suicide bomber blows himself up near Shia mosque 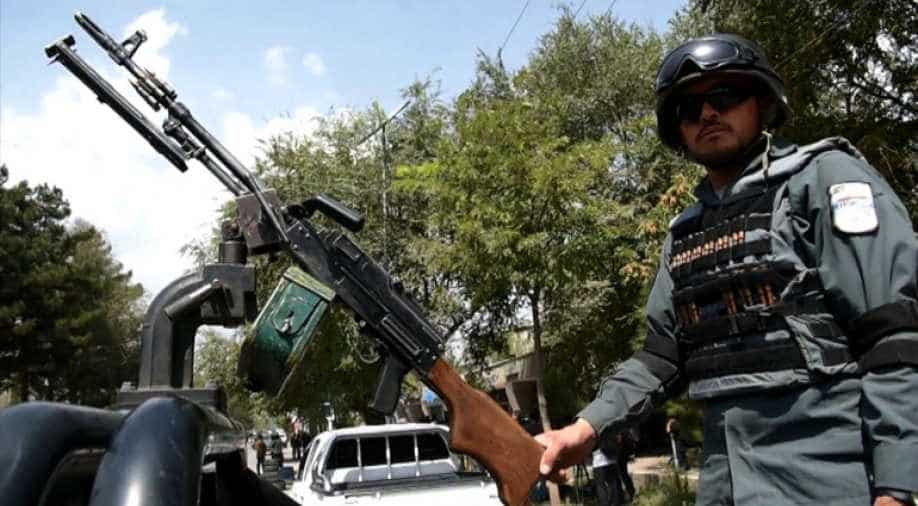 A suicide bomber posing as a shepherd blew himself up near a Shiite mosque in Kabul on Friday killing six people and injuring 16 others, police said, as Muslims prepare to celebrate one of the holiest events in the Islamic calendar.

The attack in the north of the Afghan capital happened as worshippers were gathered inside Hussainia mosque, one of the biggest Shiite centres in the city, for Friday prayers.

"A suicide bomber who was grazing sheep has detonated himself outside" the mosque, General Salim Almas, criminal investigative director of Kabul city, told AFP.

Kabul's Emergency hospital tweeted that it had received 19 wounded including four children.

A photo posted on Twitter has purportedly taken at the scene of the attack shows a man lying on the ground, covered in blood. A severed leg belonging to someone else is beside him.

There was no immediate claim of responsibility but Taliban and Islamic State jihadists, who belong to the rival Sunni branch of Islam, have repeatedly targeted the minority Shiite community in recent years.

A shopkeeper told AFP that the suicide bomber blew himself to bits after he was identified by suspicious civilian guards who had set up a checkpoint about 200 metres from the mosque.

Afghanistan has trained and armed more than 400 civilians to help protect Shiite mosques during the holy month of Muharram.

The attacker had apparently wanted to reach the mosque while worshippers were still inside the prayer hall.

Salim Shaheen, who had been inside the mosque at the time of the blast told AFP there were multiple casualties.

"We were busy offering our Friday prayers when a big bang happened and we stopped prayers and rushed out," Shaheen told AFP.

Shaheen said, "several people were killed and wounded". He and other bystanders took 15 people including six children to the hospital.

There had been fears insurgents would strike again as Shiites prepare to commemorate Ashura which falls this weekend and is the most important Shiite observance.

It falls on the 10th day of Muharram, which is the mourning period for the seventh-century killing of Imam Hussein, the grandson of the Prophet Mohammed.

The faithful gather to beat their chests and hit their backs with chains until they bleed in commemoration of Hussein's death.

But in recent years the sacred day has been marred by deadly violence.