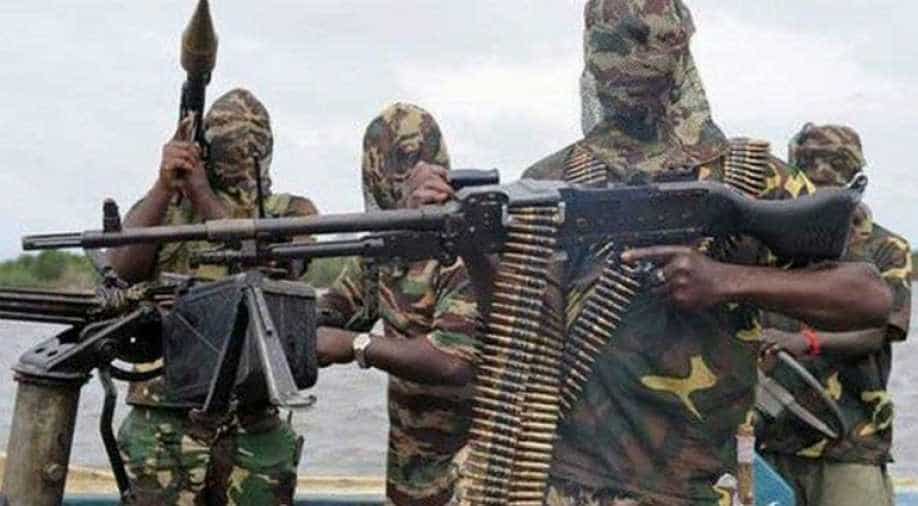 'On Friday we mobilised men and went deep into the forest where we recovered three bodies identified to be among the loggers, without a trace of their colleagues,' said a militia leader

Boko Haram jihadists have seized around 40 loggers and killed three others in northeast Nigeria near the border with Cameroon, militia sources and residents told AFP on Saturday.

The hostages were rounded up by the insurgents on Thursday in Wulgo forest near the town of Gamboru where they went to collect firewood, the sources said.

The jihadists have increasingly targeted loggers and farmers in the northeast, accusing them of passing information to the military and local militias.

"A group of more than 40 loggers left Shehuri on the outskirts of Gamboru on Thursday and never returned by evening as usual," said militia leader Umar Kachalla, who was involved in the search.

"On Friday we mobilised men and went deep into the forest where we recovered three bodies identified to be among the loggers, without a trace of their colleagues."

The missing loggers were presumed kidnapped by the jihadists, who are known to maintain camps in the forest, said Kachalla, a view widely shared by other residents.

"We believe the men were taken by Boko Haram who have been attacking loggers in the forest," said another militia Shehu Mada.

"From all indication the three dead loggers were shot when they tried to escape as they all were shot from behind."

The area has been without telephone services for years following the destruction of masts in Boko Haram attacks, forcing residents to rely on Cameroon mobile phone networks.

In November 2018, Boko Haram seized around 50 loggers on their way to collect firewood in the forest, after killing 49 loggers in two previous attacks.

Military authorities had warned loggers not to venture deep into the forest to avoid the insurgents, resident Babandi Abdullahi said.

People are compelled to take the risk and move deep into the forest because nearby vegetation has been depleted by constant logging, Abdullahi said.

Boko Haram and a splinter group known as ISWAP have killed 36,000 people in the northeast and forced roughly two million to flee since 2009, according to the United Nations.