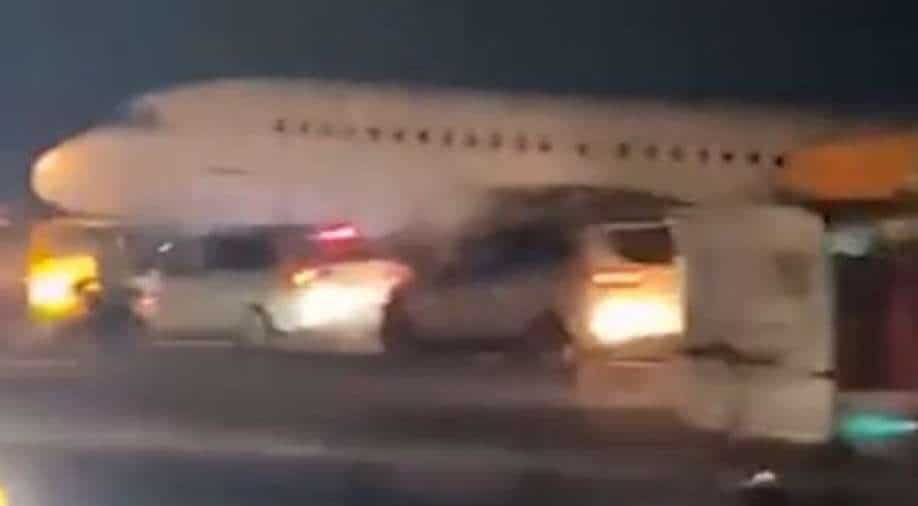 The jet was unmarked, so it's unclear which airline it belongs to. Photograph:( Twitter )

Several videos of the jet released on social media showed it parked by the side of a major road, less than a mile from international and domestic airport terminals and plane storage facilities in Lagos' Ikeja neighbourhood.

Multiple witnesses saw the plane flying over Ikeja Along, a highway in Lagos, Nigeria. A social media user submitted an unverified video of the jet with one wing missing to Twitter. What happened to the plane, which appeared to be seriously damaged, was not immediately known.

Witnesses stated the plane was sighted on Agege Motor Road near the bustling Ikeja Along Bus Stop.

The jet was unmarked, so it's unclear which airline it belongs to.

Some stated it had crashed, while others said it was being hauled to a repair shop near the airport.

What is a plane doing inside traffic in ikeja? 🤦🏽‍♀️ which kind country be this 🤦🏽‍♀️ #shola pic.twitter.com/h187YDLPNx