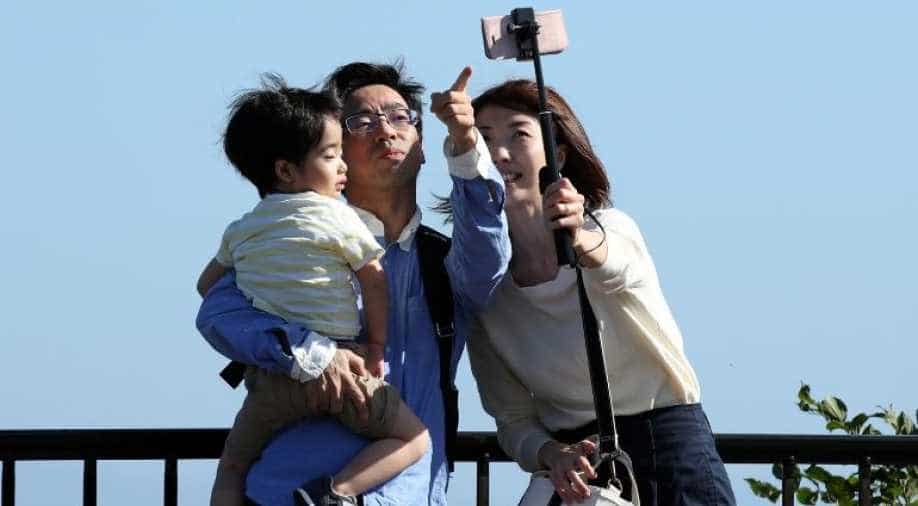 File Photo: A family takes a selfie photo with a mobile phone at the Beppu Bay Service Area in Beppu, Japan.  Photograph:( Reuters )

The government of Japan announced hopes for a birth rate of 1.8 per cent, which might be difficult to achieve considering the rate was 1.42 per cent in 2018

Japan's childbirth hit the lowest figure in 2019 since the government started compiling data, the official government sources said on.

According to a report published by Japan's Ministry of Health, Labour and Welfare the estimated number of babies born in the country in 2019 fell to 864,000 — the lowest since 1899.

The dwindling number of births will put more strain on welfare finances to support snowballing costs of supporting an ageing population, which would undermine economic growth, analysts say.

This was the biggest decline in births since 1975, driven by fewer women aged 25 to 39, said a ministry official in charge of compiling the data.