Japan PM Abe will not apologise at Pearl Harbor 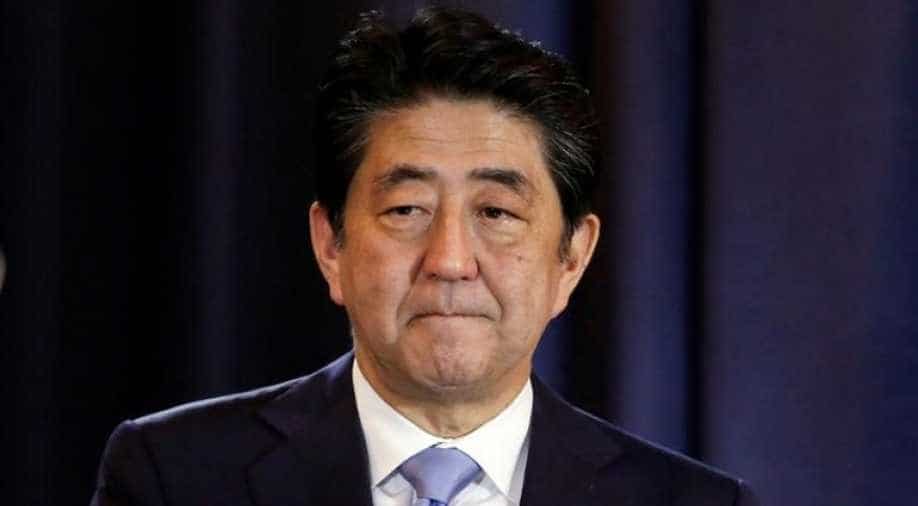 The move follows Barack Obama's historic May trip to Hiroshima, the first by a sitting US President, where he spoke of victims' suffering but offered no apology for dropping the world's first nuclear bomb. Photograph:( Reuters )

The move follows Barack Obama's historic May trip to Hiroshima, the first by a sitting US president, where he spoke of victims' suffering but offered no apology for dropping the world's first nuclear bomb.

Abe will pay his respects to those who died in Japan's surprise 1941 attack at the US naval base in Hawaii, which triggered World War II in the Pacific, and highlight a decades-old security alliance between the former enemies.

"The purpose of this visit is to commemorate war dead, not to apologise," chief cabinet secretary Yoshihide Suga told a regular press briefing in Tokyo.

This year marks the 75th anniversary of the deadly December 7, 1941 assault on the US naval base.

The war ended in August 1945 after the US dropped two nuclear bombs on Japan and, although the countries have forged strong ties in the seven decades since, how the war began and concluded has cast a long shadow.

Abe -- a nationalist who has been criticised for playing down his country's wartime record -- will be in Hawaii on December 26 and 27 for talks with Obama, who will join him at Pearl Harbor.

In Hiroshima, Obama and Abe went to an atomic bomb memorial -- a visit that sparked speculation that Abe might go to Pearl Harbor in return.

The US leader lay a floral wreath and reiterated his call for the abolition of nuclear weapons but did not apologise for the attack and a subsequent bombing of Nagasaki that ended the war.

Abe's visit to Pearl Harbor also comes as Japan prepares to build a new relationship with Donald Trump, who will take over from Obama next month.

Trump sent shockwaves through Japan earlier this year when he appeared to call into question the two countries' security alliance, prompting Abe to become the first world leader to meet him after the election to confirm the relationship.

Later Tuesday, Abe was scheduled to meet with US defense secretary Ashton Carter, who is on his last tour of Asia this week.