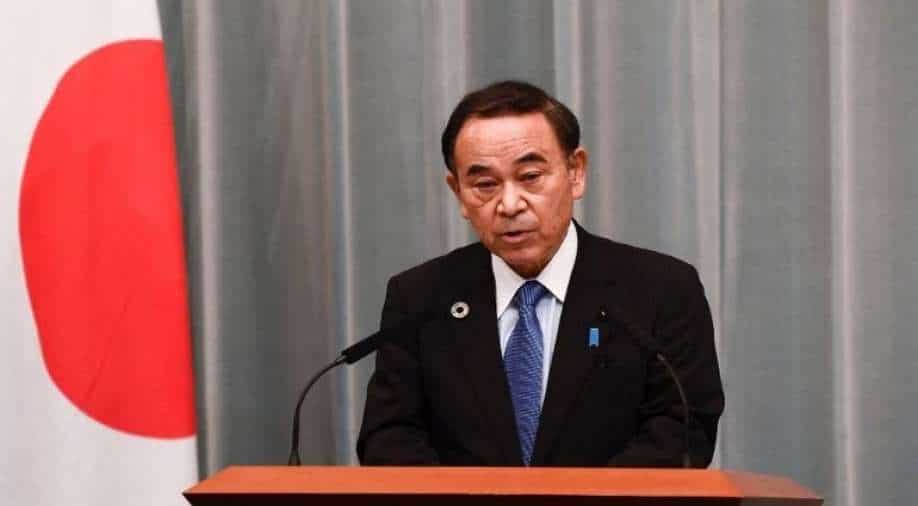 Japan's newly appointed Minister in charge of regional revitalization Tetsushi Sakamoto delivers a speech during a press conference at the Prime Minister's office in Tokyo on September 17, 2020. Photograph:( AFP )

Japanese Prime Minister Yoshihide Suga on Friday launched a cabinet aimed at easing loneliness and stress among its citizens. Suicide rates across the country have increased, marking the first rise in 11 years, prompting officials to find new measures to ease the pressure on people.

Owing to the restrictions in place to fight the COVID-19 pandemic, social gatherings in the country have remained largely restricted. Suga on Friday tapped Tetsushi Sakamoto for the job, who is expected to coordinate work across different ministries and agencies.

"Women especially are feeling more isolated and face increasing suicide rates," Nikkie Asia quoted Suga as saying to Sakamoto. "I'd like you to examine the issue and put forward a comprehensive strategy", he reportedly said further.

Suga also focused on the rise in suicides especially among women, and Sakamoto is now expected to curate a team to host an emergency forum in a bid to come up with a plan this month.

Sakamoto told reporters after the meeting that he hopes to promote activities aimed at preventing loneliness and social isolation.

The country had one of the world's highest suicide rates, which changed over the last decade. 20,919 people in Japan died by suicide in 2020, marking a 3.7 per cent surge compared to 2019.

Japan is not the only country to come up with such measures. In 2018, the United Kingdom government created a cabinet of ministers to fight loneliness, especially among its elderly.

But in Japan, the issue is not age-specific and affects people among all age groups.