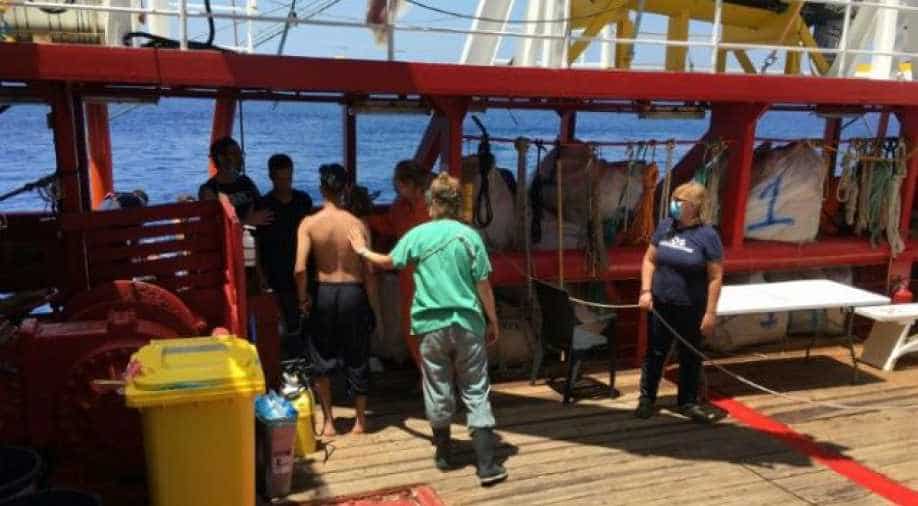 Italy said on Saturday that medics were testing the migrants before they would be transferred to a quarantine vessel in Sicily.

"We have received instructions from the Italian maritime authorities to disembark those on board in Porto Empedocle," a spokesman for the charity told AFP, which has a correspondent on board.

The Ocean Viking is now heading for the port where it expects to arrive by Monday.

Tensions have risen in the past week, as witnessed by an AFP reporter, with the migrants increasingly desperate to reach land. Others have become distraught at not being able to telephone their families to let them know they were safe.

The migrants, who include Pakistanis, North Africans, Eritreans, Nigerians and others, were picked up after fleeing Libya in four separate rescues by the Ocean Viking on June 25 and 30.

The migrants include 25 children, most of whom are unaccompanied by adults, and two women, one of whom is pregnant.

More than 100,000 migrants tried to cross the Mediterranean last year with more than 1,200 dying in the attempt, according to the International Organization for Migration.

The arrival of summer and more favourable conditions at sea may lead to an increase of attempts to cross the Mediterranean with the hope of arriving in Europe.