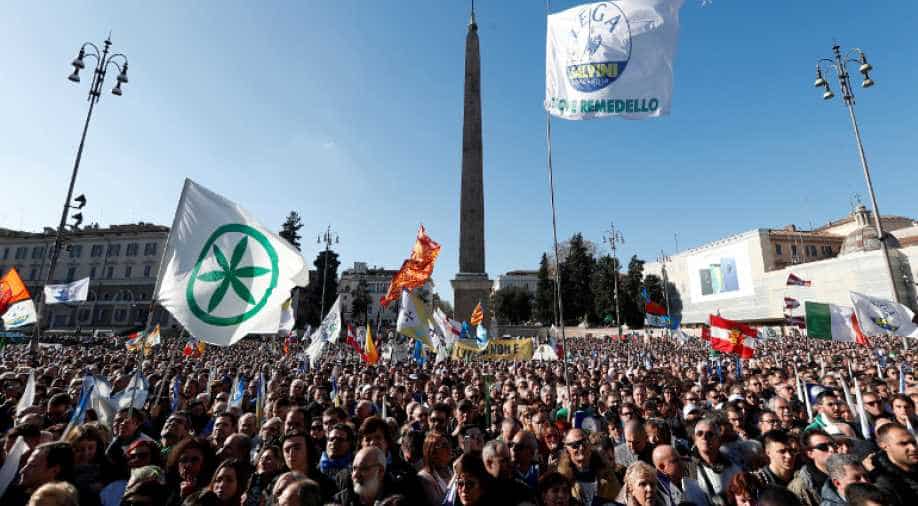 Italy's Deputy Prime Minister Matteo Salvini on Saturday vowed to protect the interests of the citizens of the country while voicing his dissent against same-sex marriages.

Italy's Deputy Prime Minister Matteo Salvini on Saturday vowed to protect the interests of the citizens of the country while voicing his dissent against same-sex marriages.

Addressing a gathering of 50,000 people at a mass rally in the Italian capital, Salvini said that the current government would complete its five-year team without any obstacles, while promising policies that would be "Italians first", CNN reported.

The public meeting was being held to celebrate six months in power of Italy's coalition government, where Salvini's Northern League party forged an alliance with the Five Star Movement party.

Denouncing same-sex marriages, which is illegal in Italy, Salvini, who also holds the post of the Interior Minister, vowed a return of the country's traditional roots.

He said: "We will be judged by the number of cribs we fill, with babies born not to parent one or parent two but to a mother and a father."

The far-right leader also took a jibe on the European regulations on the so-called 'Made in Italy' products, saying: "We need a new European Union (EU) based on respect, work and progress."

The Mediterranean nation is in a deadlock with the European Commission over its proposed budget, with the bloc saying that the budget does not respect the fiscal rules on its member states.