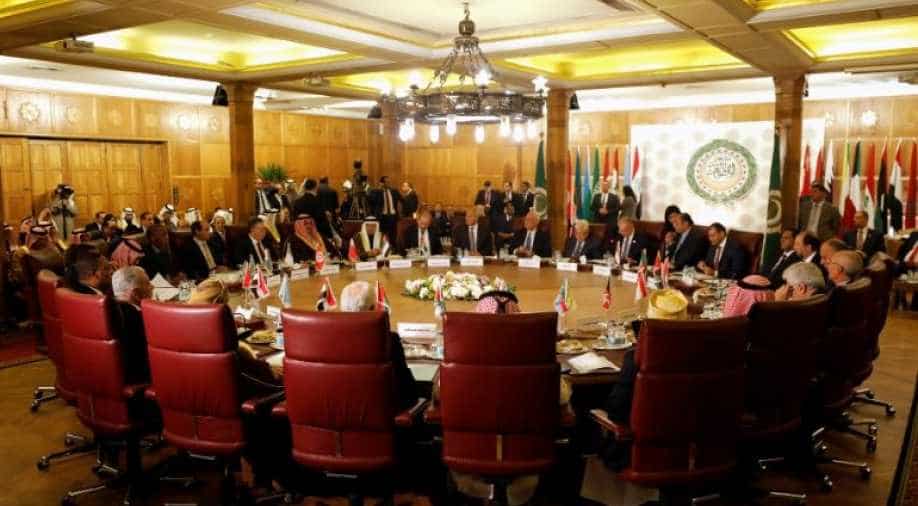 The pan-Arab bloc convened in Cairo days after the US unveiled its plan which is seen as favouring Israel.

The Arab League on Saturday rejected US President Donald Trump's controversial Middle East plan, saying it did not meet the "minimum rights" of the Palestinians.

The pan-Arab bloc convened in Cairo days after the US unveiled its plan which is seen as favouring Israel.

In a statement released afterwards, the League said it "rejects the US-Israeli 'deal of the century' considering that it does not meet the minimum rights and aspirations of Palestinian people."

Also read: Has Donald Trump proposed a Middle East peace plan – or terms of surrender for the Palestinians?

Arab states also vowed "not to ... cooperate with the US administration to implement this plan."

They insisted on a two-state solution that includes a Palestinian state based on borders before the 1967 Six-Day War -- when Israel occupied the West Bank and Gaza -- and with east Jerusalem as its capital.

The US plan suggests that Israel would retain control of the contested city of Jerusalem as its "undivided capital" and annex settlements on Palestinian lands.

Trump said Palestinians would be allowed to declare a capital within annexed east Jerusalem.

The only Arab ambassadors present at the plan's unveiling were from Bahrain, Oman and the United Arab Emirates -- three of Washington's closest allies in a region where many nations host US forces.

Other Arab states gave carefully worded initial responses to the plan, which was strongly rejected by Palestinian leaders.

Abbas said on Saturday "there will be no relations" with Israel and the US including on security cooperation following their "disavowal of signed agreements and international legitimacy".