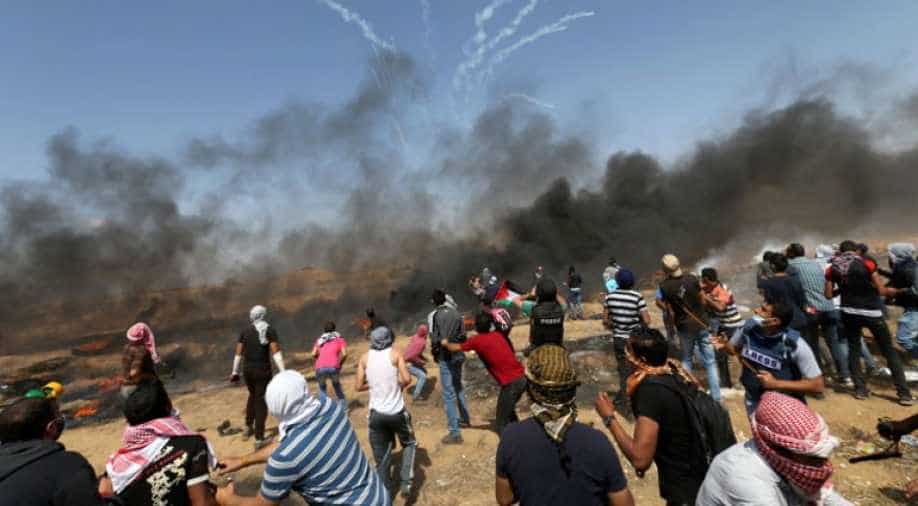 At least 170 protesters were wounded, with seven people critically injured, Palestinian medical workers said. A 16-year-old was shot in the face.

Protests began on March 30 calling for Palestinians to be able to return to the homes they fled in 1948, which are now inside Israel.

Organisers of the protest, called the "Great March of Return," said they expected tens of thousands of Gazans at tented border encampments in the coming days.

The protests peak on Fridays and are building to a climax on May 15, the day Palestinians call the "Nakba" or "Catastrophe", marking the displacement of hundreds of thousands of Palestinians in the conflict surrounding the creation of Israel in 1948.