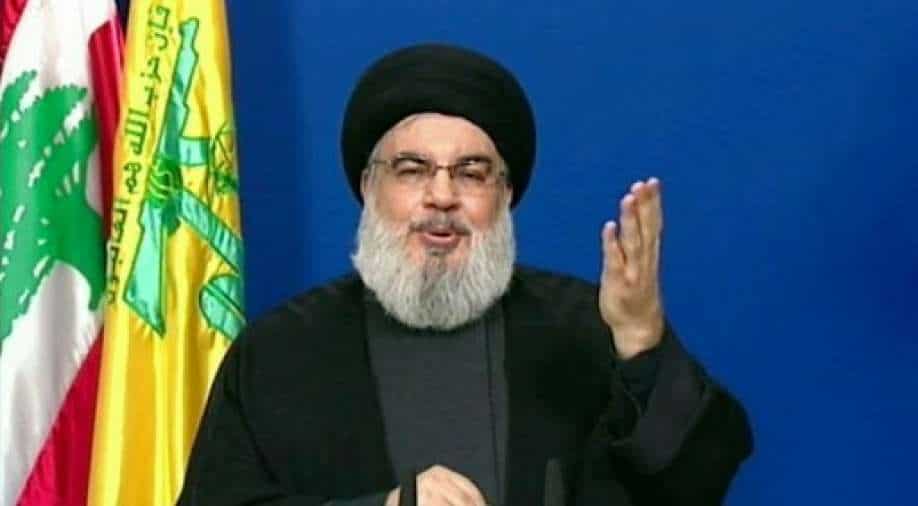 Hezbollah had fired rockets at Israeli positions on Friday as Israel shot back with artillery fire.

Hezbollah on Saturday vowed a "suitable and proportionate" response to Israeli strikes after jets pounded Lebanon this week.

"Our response was linked to the Israeli strikes that occurred in south Lebanon for the first time in 15 years," Hezbollah's Hassan Nasrallah said.

Nasrallah said the airstrikes were a "very dangerous development" as Israeli jets struck Lebanon for the first time in seven years.

"We wanted to tell the enemy... that any airstrike by the Israeli Air Force on Lebanon will inevitably draw a response, though in a suitable and proportionate way because we want to serve the purpose of protecting our country," Nasrallah added.

Hezbollah had fired rockets at Israeli positions on Friday as Israel shot back with artillery fire. "We chose yesterday open land in the Shebaa farms area to send a message and to take a step, and we can later escalate by another step," Nasrallah asserted.

On Wednesday, rockets were fired at Israel as the country's defence forces hit back first with artillery fire and then went ahead with airstrikes.

Iran-backed Hezbollah said it had targeted open fields while firing several rockets as it did not want to escalate the latest clash. There were no casualties reported during the incident.

Israel and Hamas were involved in a full-scale conflict in May lasting eleven days in which at least 260 people were killed as both sides exchanged fire with Israel sending jets across to Gaza inviting retaliation in the form of massive rocket attack by the Iran-backed militant group.