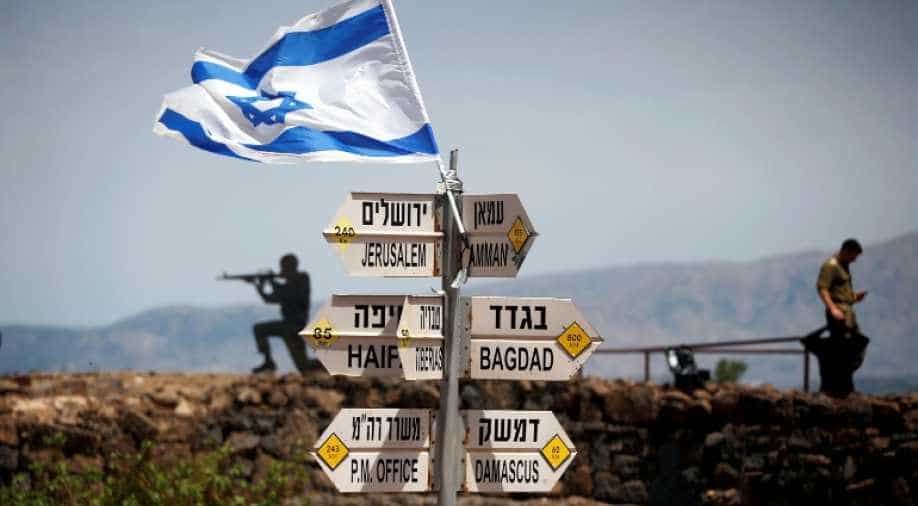 'I promised that we would establish a community named after President Trump,' Netanyahu said at the start of the weekly cabinet meeting.

Israeli Prime Minister Benjamin Netanyahu said Sunday that a site for a promised new settlement to be named after US President Donald Trump had been chosen and formal approval was underway.

"I promised that we would establish a community named after President Trump," Netanyahu said at the start of the weekly cabinet meeting.

"I would like to inform you that we have already selected a site in the Golan Heights where this new community will be established, and we have started the process," he said in Hebrew.

Netanyahu pledged such a move last month, in appreciation of Trump's recognition of Israel's claim of sovereignty over part of the strategic plateau.

Trump broke with longstanding international consensus on March 25 when he recognised Israel's claim of sovereignty over the part of the Golan it seized from Syria in the 1967 Six-Day War.

In December 2017, he said Washington would recognise the disputed city of Jerusalem as Israel's capital, sparking outrage among the Palestinians who claim Israeli-annexed east Jerusalem as the capital of their own future state.

The US embassy was moved from Tel Aviv to Jerusalem and inaugurated on May 14, 2018.

Netanyahu said he would submit the new settlement plan for cabinet approval when a new government takes office in the wake of last month's snap general election.

Netanyahu has been conducting low-key meetings with heads of the parties expected to join his coalition.

He has until the end of May to put together an alliance.