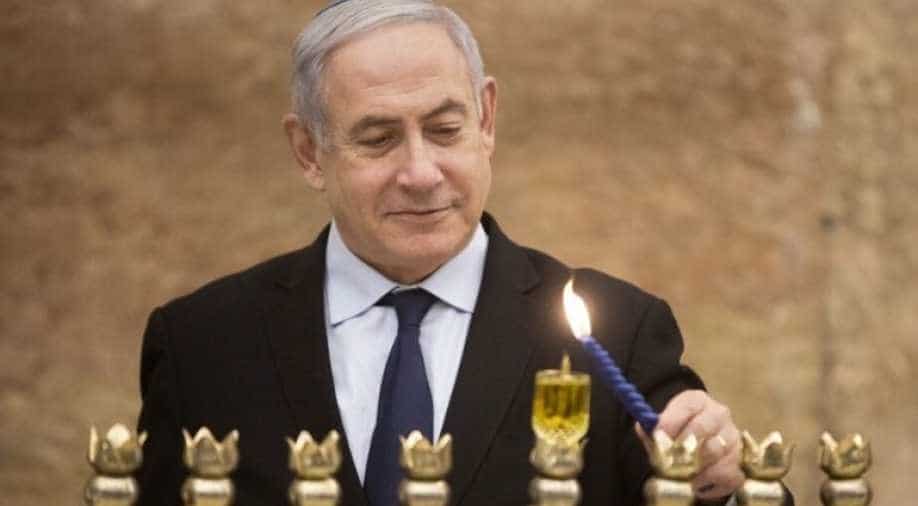 Israel's longest serving Prime Minister Benjamin Netanyahu faces the ignominy of becoming the first sitting premier of the country to go on trial for corruption on Sunday, days after he returned to power following months of political deadlock.

He has denied all the charges, claiming that he is the victim of an "attempted coup by overaggressive police, biased prosecutors and a hostile media".

A three-judge panel on Wednesday rejected a request for exemption and directed him to appear in person during the reading of the chargesheet. The panel ruled that the reasoning behind Netanyahu's request for exemption from personal appearance "did not justify such a deviation from the norm", which requires the presence of the accused at the opening of his or her trial.

Netanyahu on Tuesday requested exemption on the ground that his and his bodyguards' presence would violate Health Ministry's coronavirus restrictions.

In Case 1000, Netanyahu is accused of fraud and breach of trust over gifts he allegedly received from Hollywood mogul Arnon Milchan and billionaire James Packer.

According to the indictment, Netanyahu received cigars and champagne from the two over the course of several years. His family members, the indictment states, also demanded and received gifts from the businessmen, and that the prime minister was aware of this fact.

Milchan and Packer's gifts to the Netanyahus, including the Prime Minister's wife, Sara, are estimated to have amounted to over 1 million shekels (about USD 280,000), according to police investigations.

Netanyahu has not denied that such gifts were given but has argued that they were "tokens of friendship".

The Israeli leader's defence has been that ?it is allowed to receive gifts from friends?. His lawyers have said that he was not aware of the requests made by his family members.

Case 2000 centers around Netanyahu's alleged desire to receive better coverage in one of the country's leading dailies, Yedioth Ahronoth.

According to the indictment, at a series of meetings between Netanyahu and the newspaper's publisher, Arnon Mozes, the two men allegedly discussed a deal calling for the prime minister to try to limit the circulation of rival newspaper, Israel Hayom, which is owned by Netanyahu's longtime political patron, Sheldon Adelson.

Mozes would have given Netanyahu favourable coverage in exchange.

Netanyahu was indicted for fraud and breach of trust in the case. Mozes has been charged with bribery in the matter and will also stand trial.

The Israeli prime minister was caught on tape telling Mozes that he would convince Israel Hayom to limit its circulation which would have benefitted Yediot Ahronoth financially.

Netanyahu's lawyers have argued that the premier's actions were meant to fool Mozes, and that he cannot be accused of an offense since there are no indications that he planned to bring the deal to fruition.

It is considered the most serious of the three cases.

Netanyahu and Elovitch allegedly engaged in a quid pro pro in which the prime minister, who was serving as communications minister at the time of the alleged deal, led regulatory steps directly tied to Elovitch's businesses and interests that yielded the tycoon some USD 500 million.

As per the indictment in the case, Netanyahu and his wife Sara made consistent requests to alter the coverage on the Walla News website in order to serve the PM's political interests, and target their opponents.

Netanyahu's lawyers have argued that favourable coverage does not constitute a bribe and that, in any case, the Prime Minister didn't try to skew the coverage in his favour, but rather pushed for balanced coverage out of ideology.

They have also argued that the regulatory decisions were approved by the ministry's professional staff.

The courtroom capacity during Sunday's hearing will be limited due to coronavirus regulations. Each defendant will be permitted to have one lawyer in the courtroom.

The other members of the legal teams along with the media, will watch in adjacent rooms, broadcast on closed-circuit television.

Those inside the courtrooms will be required to wear masks.

Netanyahu is not the first leader in the country to face trial but his predecessor, Ehud Olmert, and former president Moshe Katsav stepped down to fight the charges. Both of them were sentenced and served jail time.

Several analysts have pointed that there is a contradiction in Netanyahu's conduct, as in 2008, as an opposition leader, he had led the calls for Olmert to leave office, famously saying "a leader up to his neck in legal troubles had no business governing a country".
Netanyahu's government was sworn in on May 17, bringing an end to the longest political deadlock in Israel's history.